Did late scouting leave you without a hunt ­strategy? Our expert has a recovery plan. 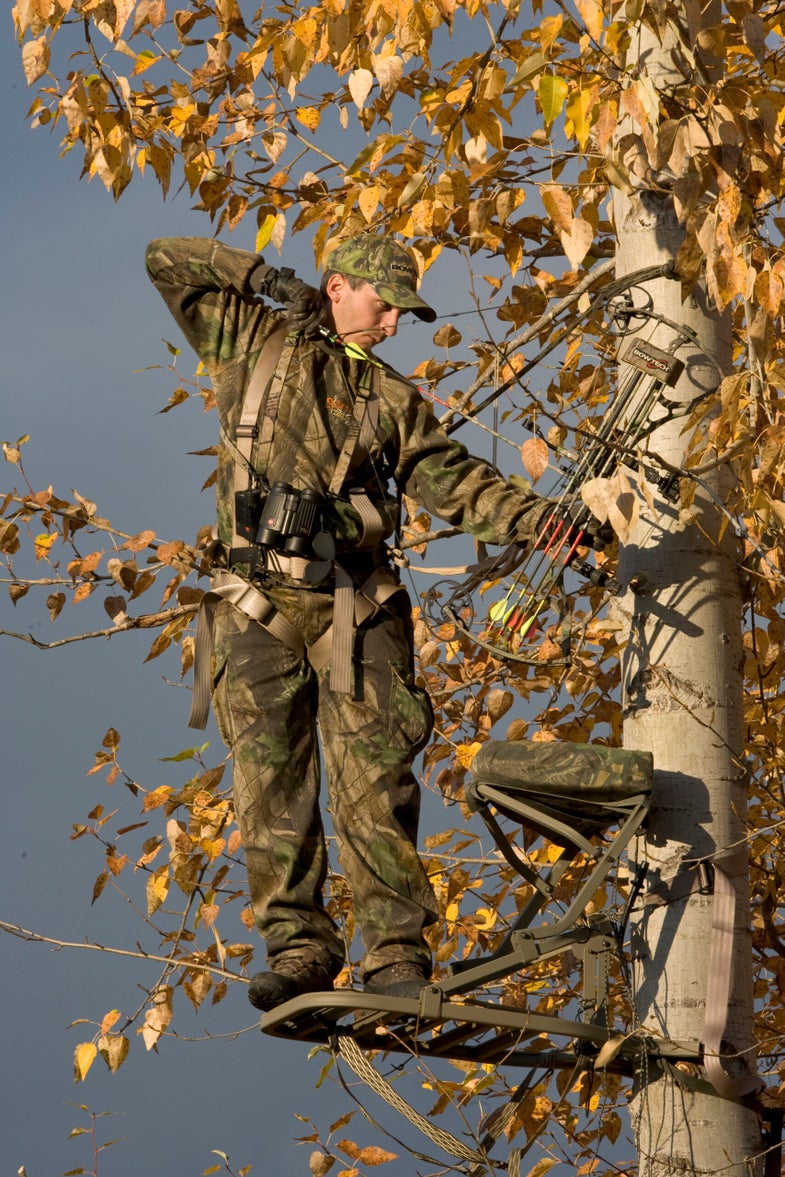 The Symptoms: The boys at Last Minute Hunt Camp have been scrambling to get ready for the bow opener. They’ve scouted every feeding area, inspected possible bedding cover, and scoured every terrain funnel on the property, scouting for buck sign. Only they didn’t find much—just a few fresh rubs. Now they don’t know where to hang their stands and time is running out.

The Diagnosis: Eventually leading to feelings of desperation, APP is bad enough by itself, but many hunters seek a cure by tromping all over the early-fall woods, looking for buck sign when it is typically scarce, and potentially spooking deer.

Sound familiar? Take heart. It’s not too late to pattern and tag a good early-season buck.

The Cure: The Three-Step Program. You need to go into stealth mode because scouring the woods for buck sign now is likely to be counterproductive. Remember that every time you see a white flag, you’ve just taught a deer something. Limit the amount of in-woods scouting now, and the deer will be less wary on the opener.

I’ll give you the benefit of the doubt and assume your procrastination is less about laziness and more about limited time to glass in the evenings or to regularly check trail cameras. If so, follow this plan:

Scout at Home: Start with aerial photos of your hunting grounds or try downloading a satellite-­imagery program, such as Google Earth. Now pinpoint potential early-season food sources. Then look for terrain funnels or corridors of cover bucks may use as travel routes to the chow. Keep that map handy and…

Head Out on a Midday Mission: Go to those food sources during midday, when you’re least likely to encounter deer, and carefully scout the perimeter for entry routes. If, like the guys at Last Minute Hunt Camp, you’re lucky enough to find a few fresh rubs, don’t blow it off as “not much sign.” This is, in fact, very important sign now.

Our research at the University of Georgia, as well as research in other regions of the country, clearly indicates that younger bucks make relatively few rubs early in the breeding season. Any fresh rubs you see now were probably created by a more mature animal. The same goes for early scrapes, so also keep an eye out for exposed dirt and licking branches.

Set Up, Wait, and Watch: The sign you’ve located, in conjunction with the funnels you’ve marked on your map, should tell you how bucks approach the feeding area in the evening. Quietly hang a stand along a travel route 50 to 100 yards off the feed, being careful not to walk on or leave scent along potential buck trails. When there’s more than one possible trail through the staging area, hang your stand overlooking the one on the far downwind side. The idea is to start conservatively and have your first hunt double as a scouting mission. You may tag a buck that evening, but if you don’t, you should be in a perfect position to learn exactly where you need to set up next time.