Yes, pressured late-season bucks typically seek remote, nasty cover. But some of the biggest, savviest survivors hole up right under... 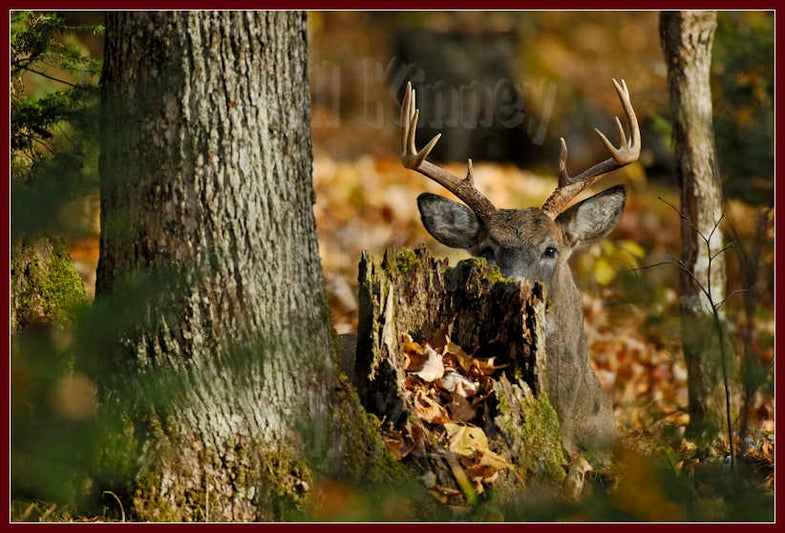 Yes, pressured late-season bucks typically seek remote, nasty cover. But some of the biggest, savviest survivors hole up right under our noses, in oddball places we tend to overlook. By uncovering a buck’s secret lair, you can begin to formulate a plan for success. Your first step is to stop ignoring these five hidey holes:

[1] Field-Edge Brush Dumps
Bucks do not always travel far from the food source to lay low. In fact, one of their favorite spots is a pile of bulldozed brush right at the edge of a farm field. Not long ago, I kicked two Pope and Young deer from just such a spot. Both had felt secure not 10 feet off a cut corn lot.

[2] Rotting Logs
Most hunters know that blowdowns with many branches are big-buck bedding areas. But the far subtler dead log is also a prime spot. A branchless deadfall that’s 3 or 4 feet in diameter conceals most of a buck’s body, while gray-brown bark matches a late-season buck’s coat almost perfectly.

[3] Backyard ­Bungalow
Some bucks choose to hide close to danger, bedding down near barns, backyard outbuildings, and even occupied homes, as long as there isn’t too much human traffic. I’ve seen a buck hunker down behind two ornamental cedars with his back against a cement foundation.

[4] Old Farm Implements
Most farms feature a graveyard of rusting corn harvesters and broken-down wheel harrows. And most hunters pay them no mind whatsoever. Meanwhile, tall grass grows up around the rusting metal machinery, making a good hideout for a smart, old buck.

[5] Lone Trees
Who thinks to look for a buck under a lone tree growing in the middle of a field? You, if you’re smart. Look closer and you may find that there’s some tall grass or brush that the farmer couldn’t till right under the tree. It’s a perfect spot for a buck to be ignored as he watches for late-cycling does.