A Maine whitetail expert gives us advice on hunting deer the old-fashioned way--by tracking them. 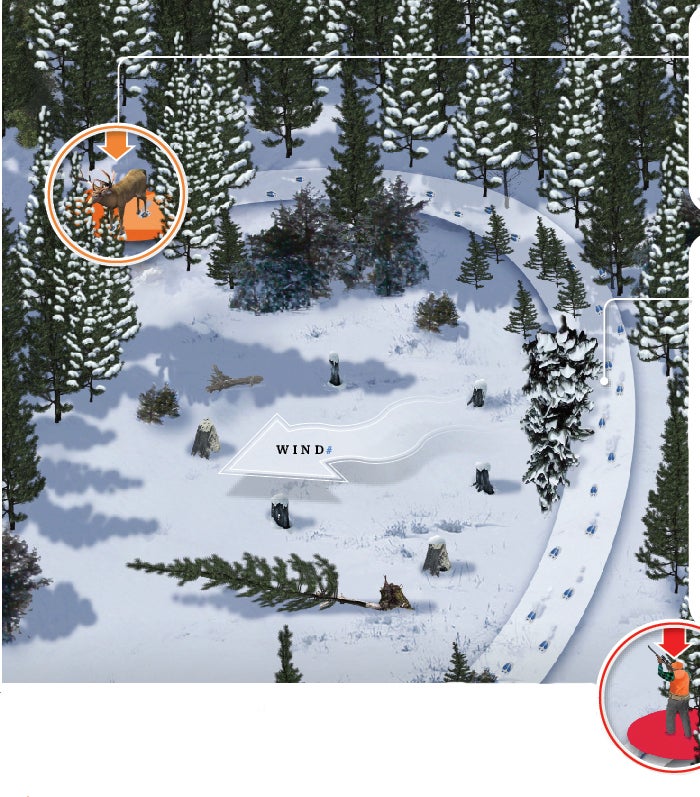 You won’t find Jim Lepage sitting in a treestand, waiting for a deer to show up. A vice president at Orvis, Lepage, who has stalked whitetails for 40 years, hunts the old-fashioned way–by tracking a moving deer. Lepage hunts in the Allagash wilderness of northern Maine, where the deer are less pressured, but the general principles translate to any hunter who goes after deer in big forests.

Full Circle
A big buck that has figured something is on his trail will occasionally turn off to the side to try to spot the pursuer. “This happens a lot at clear-cuts,” Lepage says. “I could be moving north, and at the clear-cut the deer will move southwest to get downwind. Be ready for that move–and be ready to shoot.

On Track
To determine if a track is worth following, Lepage lays a .30/06 cartridge across the impression. If it’s a big deer, the cartridge will fit inside the track’s width. Stride length also helps determine size. Lepage prefers to track in snow, but he’ll also track in the rain, looking for overturned leaves.

The Shot
Lepage uses a .30/06 Remington 7600 pump with a 2X-9X scope. “The shots will be in really thick cover, probably no more than 75 yards,” he says. Since he won’t have the opportunity to find a good rest, he runs through five to eight boxes of ammo during preseason practice sessions, in which he concentrates on instinctive shooting. “You had better know your gun,” he says. “It all happens real fast.”