There are two classic ways to hunt squirrels—sit and wait, or stalk. Andrew Lewand, a New York hunter who writes... 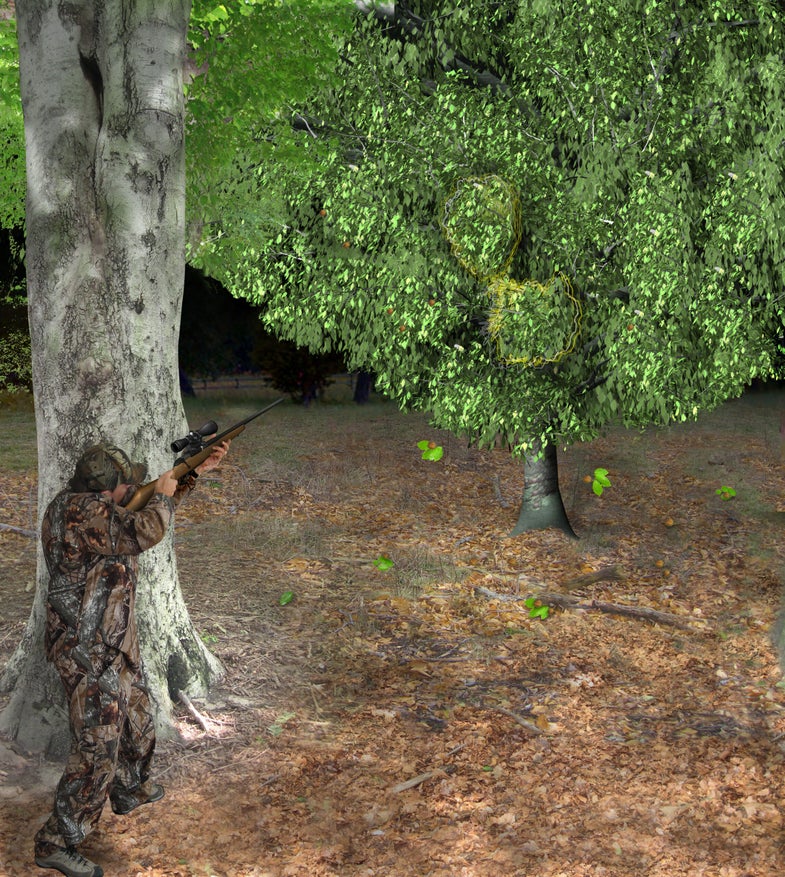 There are two classic ways to hunt squirrels—sit and wait, or stalk. Andrew Lewand, a New York hunter who writes about squirrel hunting at bucksnorthuntingworld.com, prefers the latter. “When the trees are still in full foliage, it’s difficult to see squirrels, so I stalk slowly. I look for moving leaves that indicate squirrels scurrying along the limbs above me.”

T****he Listening Game If you hear cuttings (the sound of falling debris from feeding squirrels), you’re in business. In September, Lewand notes, squirrels prefer beechnuts over all other mast, so concentrate your preseason scouting efforts on finding stands of beech.

On the Ground Stalking places an emphasis on woodsmanship, and a squirrel hunter on the move needs to glide quietly through the woods. “It’s really deer hunting in miniature—a great tune-up for the big-game season,” Lewand says. It also happens to be a great way to start a young hunter. Rather than sitting in a blind for hours (for what may be a single shot), the youth learns how to move slowly and quietly in the woods. He’ll also have the opportunity to shoot more than once (which reaffirms the value of making accurate shots).

Precision Shooting When you spot a squirrel, slowly move into position for a clear shot. “Because the target is so small, you really need to practice before the season opens, and that helps in deer season,” Lewand says. He uses a scoped .22 Ruger Model 77 bolt action (with a tuned trigger for enhanced performance) and a Bushnell Banner 4X–12X scope, set mostly on 7X or 8X.