The Perfect Time and Tactic To Tag a Pre-Rut Buck

This expert waits for the ideal hour to tag a trophy. 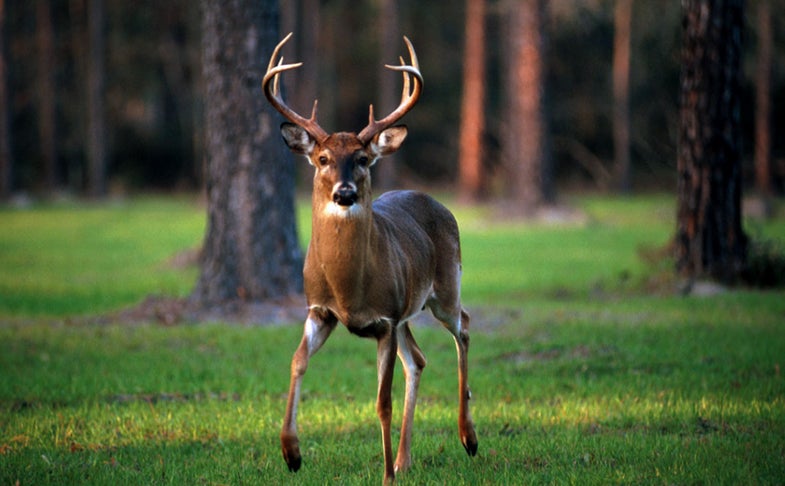 Like every whitetail addict, Adam Hays of Columbus, Ohio, knows that the last two weeks before the primary rut is one of the best times to tag a big buck. But Hays, a producer of Whitetail Addictions on the Men’s Channel, focuses his efforts to just a few hours of a few days within this period. He’s taken several trophies then, including three giants that grossed over 200 inches.

In central Ohio, Hays says, these narrow windows come during the last days of October, when bucks are primed for the rut but still following regular feeding and bedding routines. Hays, who scouts at every opportunity, first figures out where a big buck beds. Then he puts on rubber boots and scent-free clothing and walks nearby creekbottoms, wooded funnels, and fencelines to find the rubs and scrapes that reveal the deer’s travel route to its feeding area.

Along this path Hays selects a tree that’s about 150 yards from the bruiser’s bed and situated so the approaching animal will quarter into the prevailing wind without catching his scent.

Then, without hanging a stand, he leaves to wait for the right time.

Of course, he has to have the perfect wind. And the moon phase is important, according to Hays, who consults the Deer Hunters’ Moon Guide (moonguide.com) to determine on which evenings a buck is most likely to be moving. In his experience, there are usually two or three nights in late October when everything comes together.

When it does, Hays sneaks to his chosen tree in the early afternoon when the deer is bedded and quietly hangs his stand. Though many hunters set up and clear shooting lanes well in advance of their first hunt, Hays believes this makes a mature buck avoid the area. Instead, he uses a strap-on stand and climbing sticks to set up on the spot, taking care to make as little noise as possible.

In his stand by midafternoon, Hays doesn’t get serious about luring his prey until the last half hour or so of shooting light. Just before dusk, he grunts softly and waits five to 10 minutes before rattling for 15 to 20 seconds, trying to mimic a pair of bucks sparring. “If you rattle just before that buck would normally get out of bed,” Hays says, “he’ll come right to you.”

[1] Scout at every opportunity to learn where a good buck beds.
[2] Pick the right tree to ambush the deer moving from bed to feed.
[3] Wait for the perfect wind and moon phase just prior to the rut.
[4] Move in and set up silently.
[5] Call or rattle right before dusk to bring the bruiser into range.