What’s It Like to Be Charged by a Dangerous Game Animal? 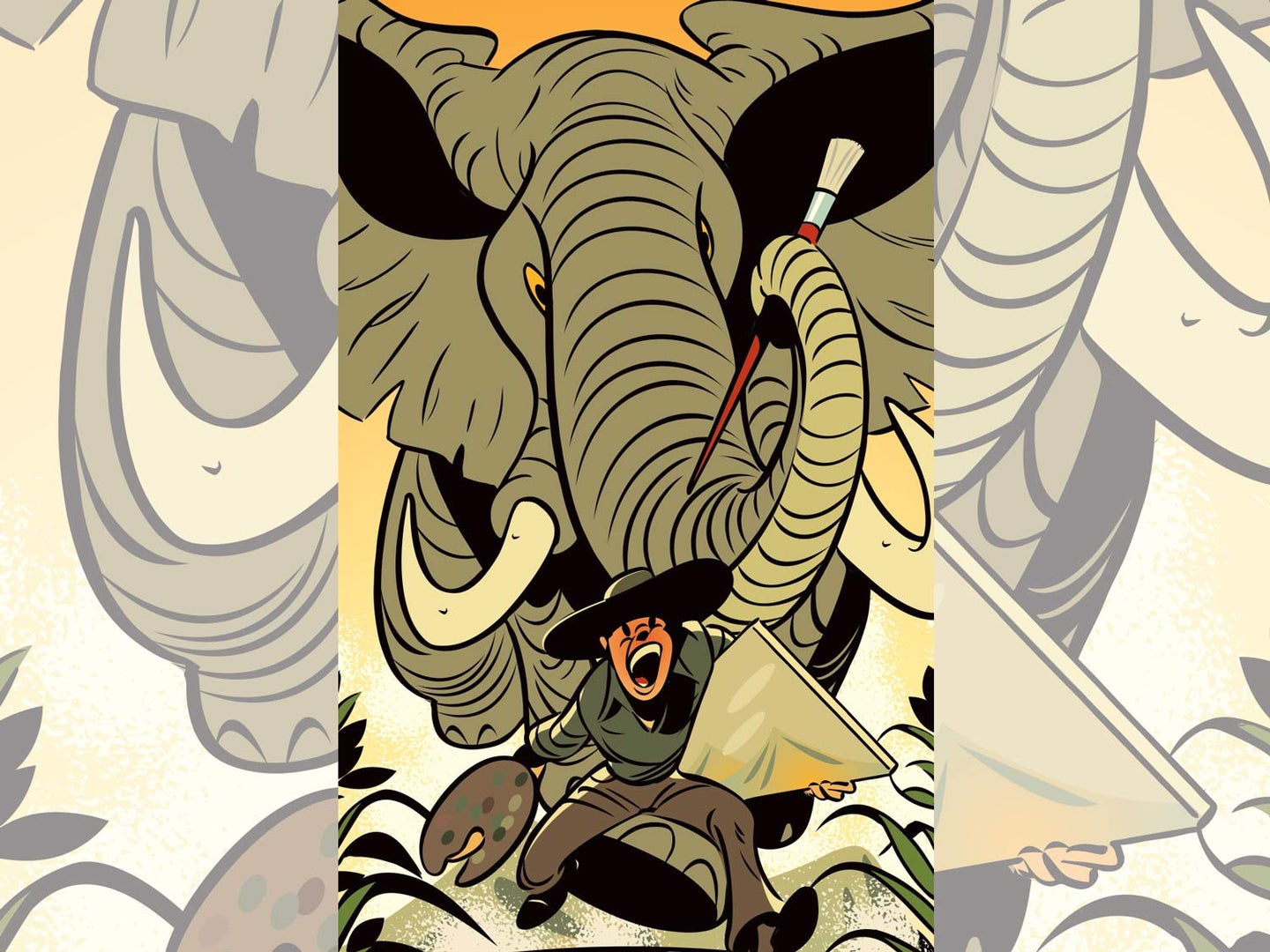 Q: Who is your favorite wildlife artist and why? —Sam Harkin, Brandon, S.D.

A: Guy Coheleach. Because he’s not only an artist, but also a hunter and shooter of vast experience, and he paints from the hunter’s point of view. Plus, he’s the only wildlife artist I know of who was run down by an elephant.

A: For a varmint rifle, I think 24 inches is just about ideal. Remember, you’re dealing with a small charge of fast-­burning powder, so I think you get all the bang for your buck in 2 feet. Eighteen inches is way too short, and 26 is unnecessarily long.

Q: What is the closest you’ve ever been to a dangerous-game animal? Were you scared? —Joel Faherty, Harrisburg, Pa.

A: In Zambia, in 1981, my PH and I were chasing a large herd of Cape buffalo that were not in a good mood to begin with. They ran, and we ran, and then they stopped running, and there were all of them 10 yards or so away, facing us. I shot one, and they all galloped off in the opposite direction. Had they galloped at us—a real possibility—someone else would be writing this. I don’t remember being scared, just hopeful that I would not be killed in the next few seconds.

A: The Fortner straight-pull action is a thing of great beauty and efficiency, but it’s also expensive to manufacture. (Most of the biathlon rifles in which it’s used cost around $4,000.) Its high price rules it out of the mass .22 market.

Q: What royalties do you receive for being the model for all of the Duluth Trading Company Buck Naked Underwear ­commercials? —Brian H. ­Kapanke, Fort McCoy, Wis.

A: Not one cent, and I’m pretty pissed about it ­because I buy their stuff. My attorneys, the firm of White-Lipped and Trembling, are looking into it right now.

Q: What worries you the most about the future of hunting? —Kenny Myers, Mount Sidney, Va.

Q: What do you think of using a 25-yard zero to recheck your deer rifle before you hunt with it? —James Harrelson, West Tennessee

A: I agree with the practice in principle. The key word here is “recheck.” As long as we’re talking about a gun that has previously been sighted in at 100 yards or as far out as you plan to shoot, then sure; it’s a lot easier to verify at close range. So, shoot a 25-yard target at the range with your sighted-in rifle. Keep the target. Then before you hunt, shoot the same target again. If you hit the group you shot in earlier, you’re on. Go hunting with the knowledge that if you miss, it ain’t the gun.