How to pick the right slugs for big game 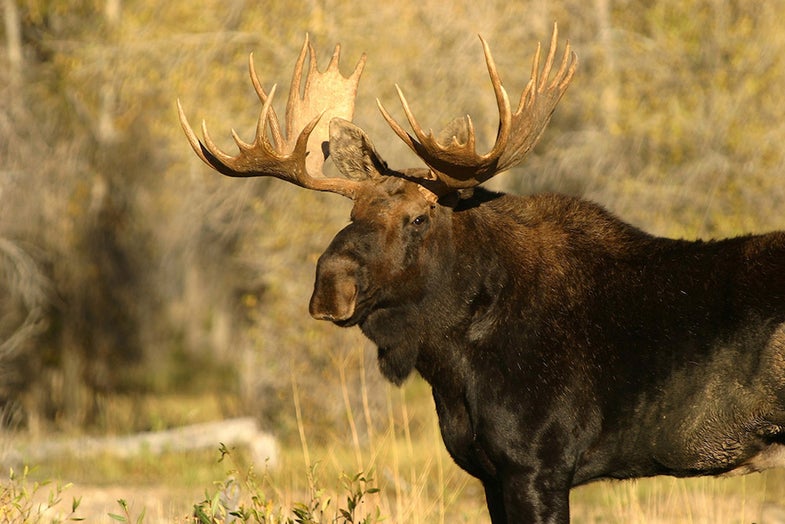 A friend of mine was going to Alaska, and taking his .375 H&H as a moose gun. Being a handloader, he asked me about using 260-grain bullets of obscure origin. “Not unless you want to track a wounded moose through bear country,” I said. “Get yourself some 300-grain Swift A-Frames.”

He did. Then he went to Alaska and killed a nice bull at 170 yards with one shot.

Not long after that, an Alaska guide emailed me about a client of his who shot a brown bear smack in the chest at 80 yards with a .338 loaded with 200-grain bullets. The bear was standing when the bullet hit, and it knocked him down, but he got up again and was eager for a conversation, so for the next 30 seconds, the guide and the guy with the .338 made things sound “like a Texas quail hunt,” as he put it, and probably because the guide had a wildcat .411 KDF loaded with big, serious bullets, the bear decided to call it quits. The first .338 slug, going nearly 3,000 fps, and put to a use for which it was never intended, had blown up. Had it held together, things would likely have come to a stop at the first shot. Cartridges that are designed for big, tough animals are effective only if they are loaded with big, tough bullets. In the case of the .375 H&H, that means 300 grains. For the .338, 250 grains is what you want.

The unholy compulsion toward lighter bullets stems from an equally unholy compulsion to use one rifle for everything. Holland & Holland was a pioneer of this philosophy, and early on in the life of the .375 H&H, came out with a 235-grain loading that would enable a British sportsman to swap off with the 300-grainers and hunt anything, anywhere, with one rifle. This 235-grain abomination traveled at something like 2,700 fps (faster now), but it had a miserable ballistic coefficient and would not hold its speed. And if you shot something large and unpleasant with it, they would play the bugle at your funeral.

Ditto the much more recent .338, which the late, much lamented Finn Aagaard said is possibly the most useful American big-game cartridge introduced since World War II. It was intended for much the same game menu as the .375 H&H, and was loaded with 200-, 250-, and 300-grain bullets. The 300-grainer was extremely effective (Dick Gunlogson, an Alaska guide of 50 years’ experience, says it was one of the best bear loads ever), but it didn’t move fast enough, so it was discontinued. It was the 250-grain load that made the cartridge’s reputation.

Permit me to quote Finn, from his book, Guns and Hunting: “But if I lived where I could hunt elk and moose as often as deer, or where grizzly or brown bears were a factor to be reckoned with, then a .338 Winchester Magnum would be my choice. I would most probably load down 200-grain bullets to 2,300 to 2,400 for whitetails in the brush [italics mine]. I might use 220- or 225-grain spitzers at full velocity for pronghorns and open-country mule deer, but in practice I believe I would tend to use 250-grain Partitions on everything.”

Jim Carmichel used a David Miller .338 as his main gun for a while, and killed everything with it, and I mean everything. Jim’s philosophy was, “The reason you buy a .338 is to shoot a 250-grain bullet.” He used Nosler Partitions and nothing else.

I’ve hunted all over with the .338, including, I think, five African safaris on which a .338 was either my medium rifle or my only rifle, and everything went down instantly. But I never used anything except 250-grain slugs. When I shot my New Zealand red stag with a .338, he dropped so violently that the guide said, “My God, man, what is that rifle? It looked like the earth rose up and hit him.”

The effectiveness of a long, heavy bullet moving at moderate velocity has been known for a very long time. When the British were shooting up the wildlife in their various African territorial thefts, they used cartridges such as the .303 and the .318. Germans used the 7×57 with 175-grain bullets. Another favorite was the 9.63×62, whose 293-grain bullets, at 2,280 fps, scarcely made it out the barrel but were a byword for reliability.

What Brits and Huns alike knew was that bullets penetrate better at medium, not high, velocity. They also knew that long, heavy slugs penetrate and hold together better than light, short slugs. And they knew that without deep, straight-line penetration, they were going to be doing a lot of tracking.

The same principle applies even to high-velocity rounds. Warren Page used only 175-grain Nosler Partitions in his 7mm Mashburn. He could have gotten far more velocity out of 160-grain Partitions, but he was not a Harvard grad for nothing, and he knew what was what.

If you’re a handloader, try stuffing 175-grain bullets in a .280. Or 200-grain bullets in a .30/06. Or 275-grain Swift A-Frames in a .338. You won’t get flat trajectories and blazing velocities. What you will get is a lot of animals going down with one shot, leaving you time to write your memoirs, or master chess.