The Beginner’s Guide to Trap Shooting

Trap is a great way to prepare for upland season. It’s also a blast. Here are the skills and manners you need 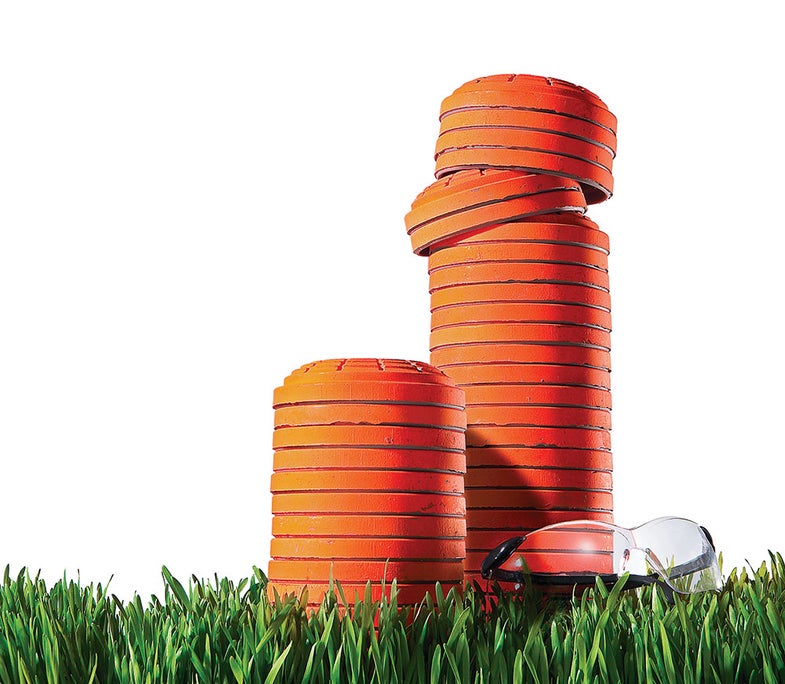 You have 25 shots—five each at five posts. Make ’em count.

At your call the oscillating trap throws a target at a consistent height but at an unknown angle somewhere within a 34-degree arc. The bird rises quickly, levels off, and falls 50 yards from the trap.

Mount the gun to your hold point, then look over the trap; house. Call “pull.” See the bird and read its angle before moving the gun. Think about shooting the bottom edge of straightaways, the leading edge of quartering shots, and a foot ahead of hard angles. Shoot as the bird is rising or as it levels off. Keep your head on the stock until after the bird busts.

Post 1: Slightly below the left corner of the top of the house.

Post 2: Halfway between the corner and the center of the house.

Post 3: Center of the back edge of the roof.

Post 4: Halfway between the center and the right corner.

Zip Your Trap
Keep quiet except when you call “pull.” Save any razzing and conversation for after the round ends. Trap, like golf and tennis, is shot in silence.

Follow Order
Be ready to shoot when it’s your turn. Load one shell at a time and do not close your action or raise your gun until the shooter ahead of you fires.

Catch Shells
Semiauto shooters need either a shell catcher or a rubber band around their gun’s receiver to prevent empties from hitting other shooters in the squad.

Don’t Litter
At some clubs, empties belong to the club when they hit the ground. At others, you have to pick them up. In that case, gather them after the round.

Walk This Way
Go to the next post with your chamber empty and your gun pointed down. Turn right when you step off Post 5 so you don’t bump into the shooter behind you.