It’s smart to lock up your ammo. Here’s the perfect case for the job 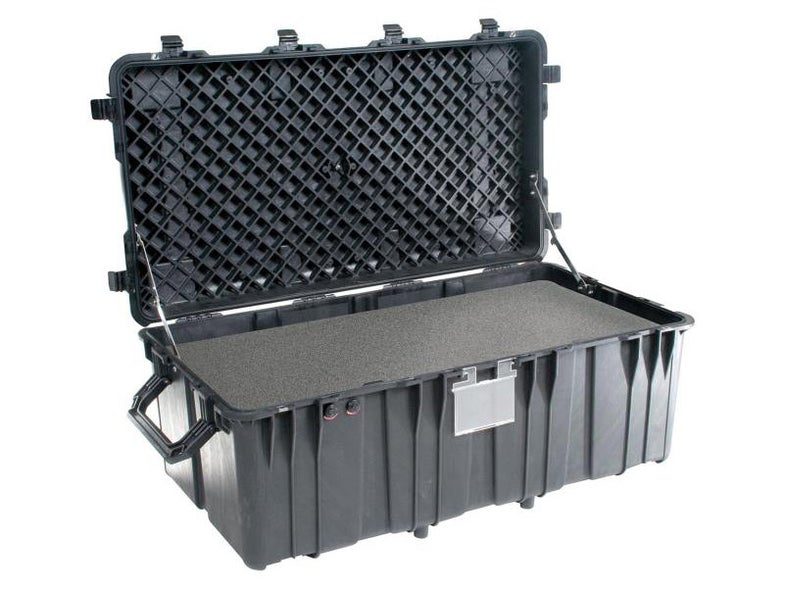 The Pelican Model 0550 Transport Case hold 11 cubic feet of whatever you want to put in it. Pelican
SHARE

The other evening while in a restaurant that serves lobster in more forms than you’ve ever dreamed of, I was talking with one of my few living friends about locking up ammunition, and that it’s a good idea to do so, rather than leaving it where criminals or half-bright kids can take free samples.

My solution, I said, was a shipping chest made by…. And here my brain synapses went dead and I said:

From the next table, a young man said, “Pelican.”

Somehow I find this tremendously encouraging. But I digress.

Of all the cases I’ve used in 47 years of flying with guns, everything has been either damaged or destroyed by the tender ministrations of ramp apes**, except for cases made by Pelican and Storm Case.

So when it came for something in which to keep my ammo, I turned to Pelican, which makes the Model 0550 Transport Case, a chest that’s 51x28x23″ (rounded off) and holds 11 cubic feet of whatever you want to put in it.

What a fabulous case is the Pelican.* Halfway filled with ammunition, it’s far too big and heavy for one man to maneuver. Even two men would have trouble. Put a couple of good padlocks on it and your kids will not be able to get in, nor will anyone else. Being molded of high-strength plastic, it’s immune to water. Since smokeless powder and ammunition are not classified as explosives, I believe the Pelican will satisfy any legal requirements that you may come across.

The case starts a $660.44, and goes up from there if you want interior foam, caster wheels, a riser kit, or other add-ons. It’s not cheap, but you can use it to store all sorts of stuff that you really don’t want anyone to get at. The easiest way to get a look at it is to Google Pelican 0550 Transport Case.

*This line is stolen from a rhyme that goes:

What a fabulous bird is the pelican

His beak can hold more than his belly can.

He can hold in his beak

Enough food for a week

And I’m damned if I see how the hell he can.

**The most egregious case of airline gun-case bashing I’ve seen was administered to a Kalispell aluminum case that arrived in South Africa with a pre-64 Winchester Model 70 .30/06 inside. The stock was snapped through the pistol grip and the rifle’s Leupold scope crushed. The Kalispell is a good, strong case, and we were wondering how the baggage goons managed to do it. Then we looked at the outside of the case, and saw what appeared to be the treadmarks of an airplane tug. An airplane tug weighs 119,000 pounds.