THE CROSSBEAMS OF MY WORLD have been buckling lately, and as is my custom in such situations, I’ve been spending... 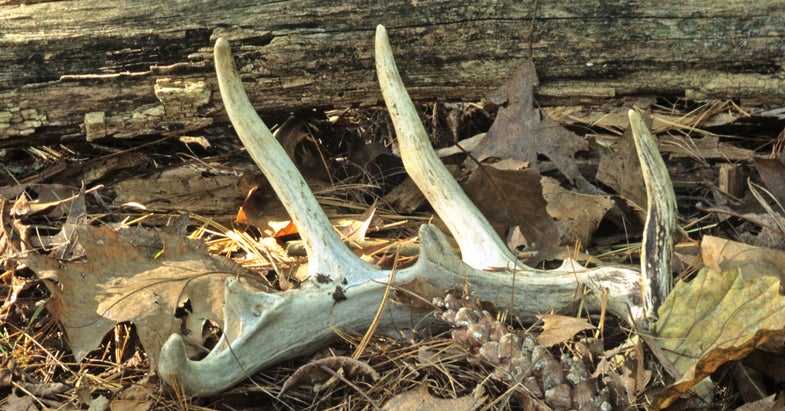 THE CROSSBEAMS OF MY WORLD have been buckling lately, and as is my custom in such situations, I’ve been spending a lot of time in the woods. It’s too early for fishing and too late for hunting, so I’ve been after sheds. This has given me time to think about a persistent problem in my life—the great number of people and things that don’t live up to my expectations. At any given moment, I could name dozens of examples. Here are three: (1) the person who tells me that setting up a digital trail camera is “intuitive,” (2) anyone who brings cranberry-flavored beer to my house expecting me to drink it, and (3) people who get divorced.

I know that divorce, like fruit-flavored beer, is a fact of life and that many otherwise honorable people get divorced. Still, I’ve always believed it was the quitter’s path. The way I see it, if you stand in church before God and somebody’s fat aunt with a video camera and declare, “Till death do us part,” you don’t get out of it before one of you is pushing up BioLogic Full Draw (a proven blend of cultivars that contains an astonishing 38 percent crude protein). And so the fact that I myself am in the midst of a divorce poses a dilemma: I must either admit to being a hypocrite or add my own name to the list of people who, in my personal opinion, fail to measure up.

The details of my marital breakdown are not particularly juicy. Nobody lied, cheated, or tried to become an Amway distributor. If there was anything out of the ordinary, it was the event that finally set the split in motion, which just shows that no one ever completely understands his own heart. In my case, the trigger was the death of my best friend’s father, Lou, whom I’d known and loved since I was a boy. He was 95. He’d lived about as full a life as a man can. His death should have come as no shock. And yet that’s exactly what it was. It turned over something deep inside me as surely as tumblers align in a lock when the right key is inserted. I suddenly recognized what had been staring me in the face for quite some time. The marriage wasn’t working, and despite counseling, I didn’t know how to make it work. I asked for a divorce.

Rattling around at night in a nearly empty rental house, replaying the words I’d slung and those slung back, I felt like a ghost, like a man so lightly tethered to this earth that a good breeze might come along and blow him into the next world as easily as it would a column of smoke. More mornings than not, I’d sit down to a stack of work and find myself unable to focus, unwilling to try, and not particularly heedful about any consequences I might be courting. Then I’d drive until I found some likely looking woods and walk south-facing ridges and fencelines and deer trails until it was too dark to see. I got cut up pretty badly the first few times.

After a while I also started noticing footprints headed to the same places I went. Hey, I thought, somebody else is getting a divorce, too. The only strategy I could come up with was to look in places others weren’t willing to go. I up-armored myself in Filson Tin Cloth chaps and jacket, long, leather-palmed work gloves, and a heavy stick to beat down the briers. For the really thick brush, I took a machete I’d filed very sharp. I wasn’t finding many sheds, but the few I did were good ones, enough to keep me coming back. More important, the woods were the only place where I understood the rules anymore, the only place my body seemed to regain its weight and substance. Sometimes, after a few hours there, I would remember that millions had been through the same horror and survived. Occasionally I could even imagine being happy, feeling whole again. And every so often, when I stumbled upon an antler and thought of an old, wild buck standing there a week or a month earlier, when I touched that smooth, hard shed, I would feel blessed for a moment. It was like I’d found all the wildness and ancient knowledge of the woods distilled and compressed into a tangible thing. At that instant, the fact that I was alive, that I was able to have a life full of sorrow and loss, joy and experience, was itself a miracle.

This happened to me just last week. It was my turn to have my daughter Emma the next Friday, which was forecast to be balmy. We had already planned our first cookout at my new place. When I got home from the woods, I called Jane and asked if she would like to join us. She seemed taken aback for a minute, but we talked for a bit and at last she accepted. “Bill?” she said as we prepared to hang up. “Thank you. Really.”

I put the shed, a 5-pointer, on the table with the others. And felt good about myself for the first time in a long while.

I felt like a man so lightly tethered to this earth that a good breeze might blow him into the next world.