Blast From the Past: Browning Auto 5 Sweet 16

A reader shares the story of his father’s 16-gauge shotgun from 1965. He plans to hunt for dove and quail with it next fall. 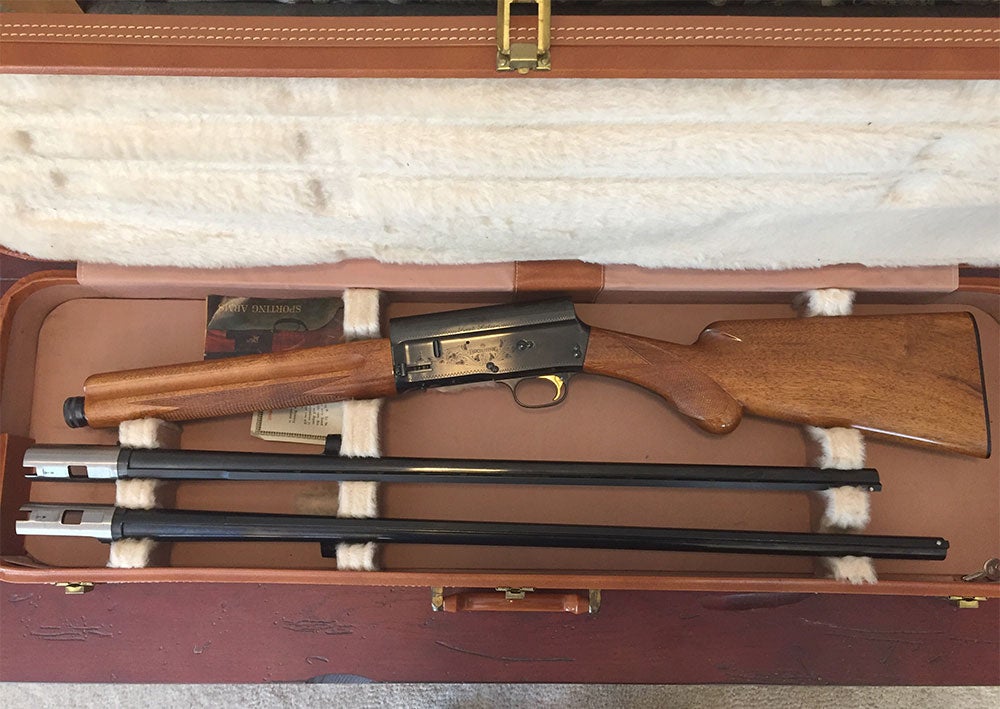 A certifiable work of genius, John Browning’s long-recoil Auto 5 was fifty or more years ahead of the competition. The Sweet 16 version debuted in 1937 and was made until 1975–with a break for WWII, while Germany occupied Belgium. It became a favorite of bird hunters, especially southern quail hunters, for whom birds and quail are synonymous.

Sweet 16s had holes drilled in the barrel rings and hammers, as well as metal removed from inside the receiver and a thinner rib to save weight. Many also had hollowed-out stocks. They were advertised as about ¾ of a pound lighter than the standard weight 16s.

The last Sweet 16s were made in Japan and, while very good guns, are thought by Sweet 16 fans to be a little heavier than the Belgian guns.

My dad was an Air Force pilot who flew B17s in WWII and B52s during the Cold War. He bought this Sweet 16 in 1965 at a base exchange. It has a 26-inch IC barrel and a 28-inch Modified barrel in a Browning fitted luggage case, and it cost him $164.* He apparently lost interest in shotgunning soon after and put the gun away until he gave it to me in 1993. Several boxes of “all new” plastic shells came with it. I have shot a few hundred rounds on clays and more recently used it on a released pheasant and chukar hunt in Arkansas. Now that I am retired and have time, I intend to get in some dove and quail hunts in Texas with the gun next fall. The Sweet 16 does carry like a 20 and hit like a 12, and I am having no trouble finding affordable 16-gauge field loads at the local Academy or Walmart.

* According to online inflation calculators, that would be about $1300 now, which is still a very good deal on a finely fitted semiauto with two barrels and a hard case.