Blast from the Past: Connecticut Arms Hammond Bulldog Pistol

Got a few extra thousand bucks burning a hole in your holster? Then this vintage gun could be yours 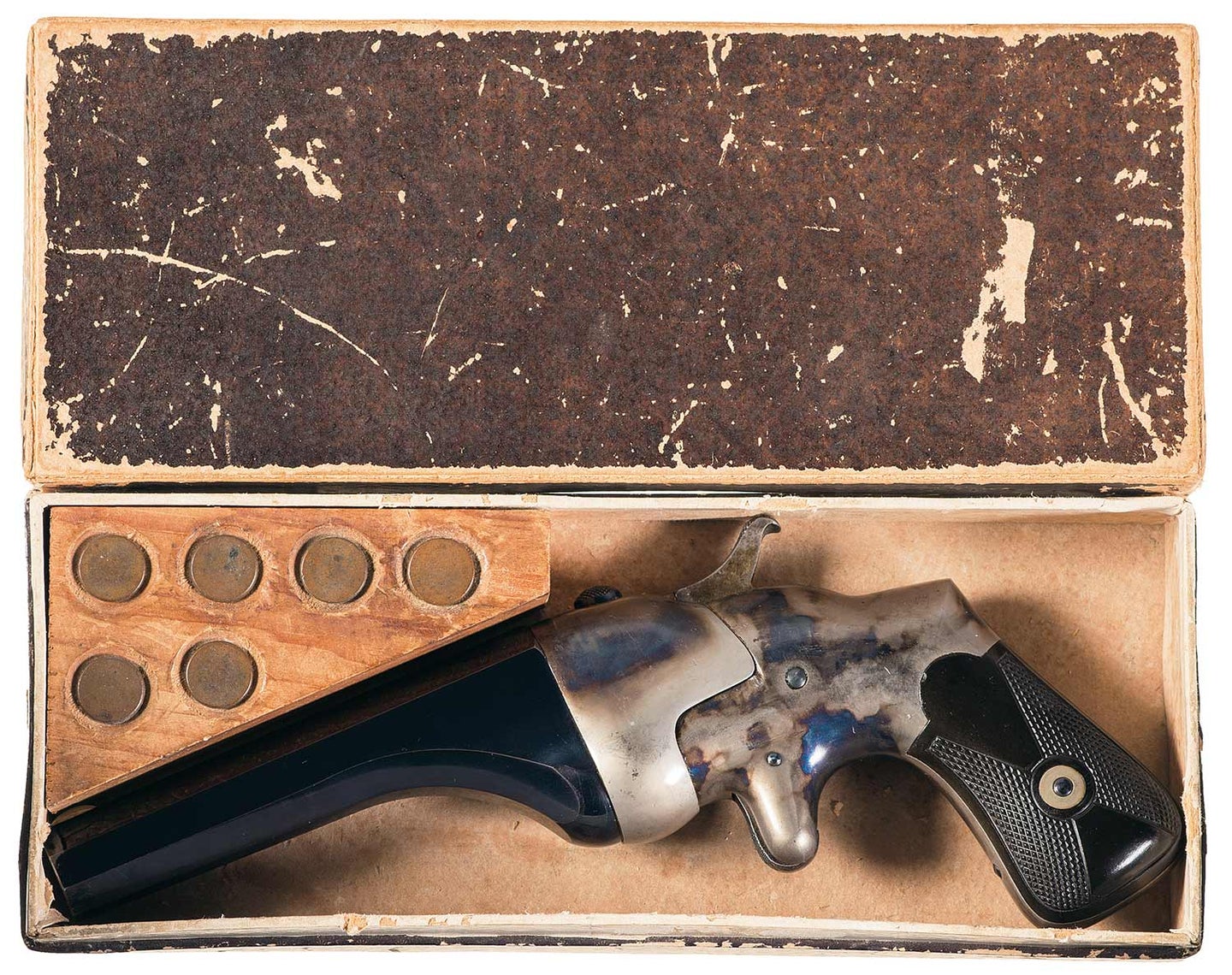 Today’s gun is one of the many wonders of the upcoming Rock Island Auction‘s premier firearms auction May 3-5, 2019, and it’s an interesting artifact of the early metallic cartridge era. Brothers Henry and Lewis Hammond founded Connecticut Arms and Manufacturing Company in Naubuc, Connecticut, not far from Hartford during the Civil War. They invented a pivoting-breech action for the then-new .44 rimfire (Sharps) cartridge, patenting a rifle/carbine version in 1863, perhaps hoping for military sales.

In 1865, they introduced the Bulldog pistol based on the same action. A push of the button on top (which had a groove cut into it so it could double as a front sight) unlocked the breechblock, which rotated to the left. An extractor raised the fired cartridge for removal, and you dropped in a fresh round, then swung it back to close it. The pistol had a four-inch half round, half octagonal barrel.

The .44 version could shoot .44 long and short cartridges. Other chamberings include a .50 rimfire version with a 6-inch barrel that is the rarest of Hammond Bulldogs. Connecticut Arms didn’t last long and the pistol was their biggest seller, with 7,400 made.

This particular model is in practically new condition, and comes complete with a box and six cartridges. It’s estimated to bring between $4,500 and $7,000.