Blast from the Past: Jack O’ Connor’s AyA

It’s a double-barreled blast from the past today: an AyA O/U owned by Jack O’Connor. Long-time Outdoor Life shooting editor,... 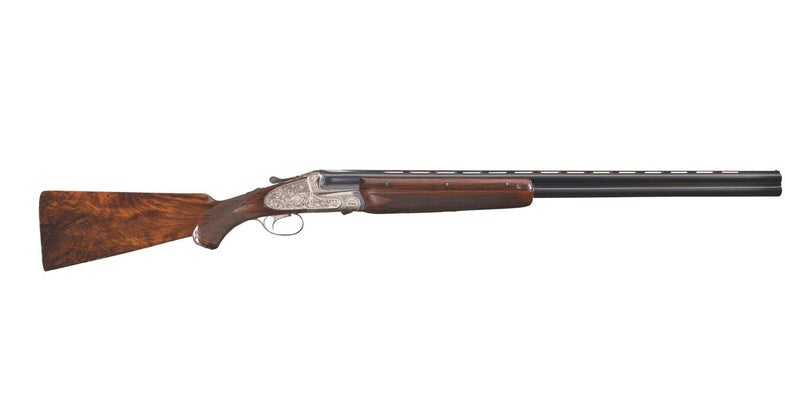 It’s a double-barreled blast from the past today: an AyA O/U owned by Jack O’Connor. Long-time Outdoor Life shooting editor, devotee of the .270 Winchester, and sheep hunting, O’Conner was also a shotgunner. As a boy, he was introduced to bird hunting by his Purdey-toting maternal grandfather, and later authored the Shotgun Book, in 1968, along with columns on shotgunning over the years.

O’Connor ordered this gun in the early 50s and probably picked it up in Spain after an African safari. It’s 16 gauge, made by Basque gunmaker AyA. The top barrel is marked “Specially made for Mr. Jack O’Connor” and it has his initials “J. O’C” inlaid in the buttstock.

AyA (Aguirre y Arranzabal) is one of Spain’s longest surviving gunmakers, founded in 1915 and still in business today as many of the other Spanish gunmakers close their doors. The Spanish aren’t innovators as much as skilled copyists and O’Connor’s gun is clearly patterned after German Merkel sidelock O/Us complete with the odd three-piece forend and Kersten crossbolt action. What they lack in originality the Spanish make up in skill. This gun has a beautiful deep engraving of ducks and pheasants on its sideplates and the workmanship overall is excellent.