Blast from the Past: L.C. Smith 2E 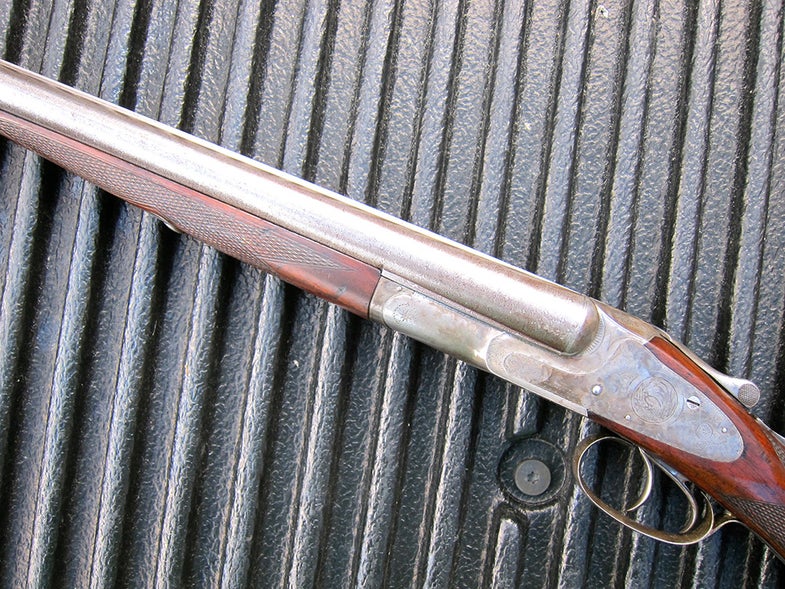 Today’s gun comes from dogsanddoubles.com, a kind of double-gun aggregator site run by my fellow shotgun nut Gregg Elliott, who posts alerts to interesting doubles coming up for sale across the country. You can look at the site or follow on Instagram @dogsanddoubles and be ready to pounce when something good comes along, or you can just lurk and yearn, as I do.

Anyway, long before there was an Instagram, or an internet, in fact, but not long after the telephone was invented in 1876, Lyman Cornelius (L.C.) Smith went into the gun business. Smith partnered with W.H. Baker in the Baker gun company, which Smith wound up taking over in 1880.

L.C. Smith only owned his gun company for a few years and had nothing to do with gun design, but his name remains forever associated with American’s sidelock shotgun, a nice example of which we have today. This particular gun was built in the early 1890s, just after Smith left the gun business and went on to fame and fortune as a typewriter manufacturer. John Hunter, Sr., of Fulton, NY, bought Smith’s business and Hunter Arms made L.C. Smiths from then on.

This gun is a 2E. Grade Two was advertised as a knockabout gun, although its $80 price tag then translates in $2,000 today, which is a knockabout gun for some, but an aspirational gun for others. This one has Damascus barrels, meaning it’s iffy to shoot with low-pressure modern ammo, although I know old gun nuts who do it and have all their fingers. You’re probably safest shooting blackpowder cartridges through it.

Chain Damascus barreled 2Es were available in 8, 10, 12, and 16 gauge. Later, Crown steel guns came in 12, 16, and 20 gauges. Typically, they had quail engraved on the left side of the receiver, as seen here, and ducks on the right side. The guns could be ordered with 28-, 30- or 32-inch barrels and a straight, semi, or full-pistol grip. Monte Carlo stocks for trapshooting were also an option.

Hunter Arms made L.C. Smith guns until 1945, when they sold out to Marlin. Whatever plans Marlin may have had for the guns were cut short when a large section of the Fulton factory floor collapsed in 1949, wrecking much of the machinery.