Blast From the Past: The Mosin-Nagant 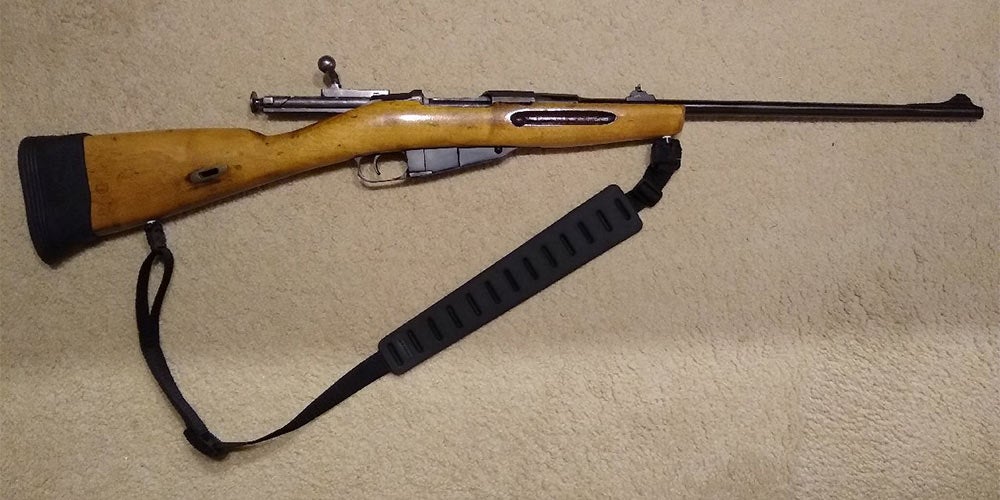 The reader purchased this sporterized Mosin-Nagant just $50. From Brian
SHARE

Introduced in 1891, the Mosin-Nagant rifle has had an incredibly long run, and is still in service in some parts of the world. And, of course, it has had a second career as an incredibly inexpensive plinker and hunting rifle. As the joke says, “Mosin-Nagant: How else are you going to arm five people for $400?”

Today’s rifle is an “original recipe” 1891, the version that served through World War I and into the 1920s before the rifle was modernized in 1930. Among other things, the distances marked on the sights were changed from arshins (Russian cubit, equaling 28 inches) to meters during the overhaul.

My submission for Blast From the Past isn’t particularly special, but I enjoy it for what it is—a decent-handling rifle that is certainly “minute of deer.” It is a sporterized Mosin-Nagant that I picked up in a small Denver area gun store roughly 10 years ago for the princely sum of $50, and it came with an old box of Interarmco hunting ammunition and an equally old Herter’s stock refinishing kit. From what I can tell it was brought into the U.S. a long time ago because there aren’t any import markings. The receiver markings put it as manufactured in 1923.

Someone carefully removed a large section of barrel, installed Williams sights, bent the bolt handle down, and customized the factory stock. The Limbsaver recoil pad allows for a decent length of pull and tames the kick from the terrible steel buttplate! It’s certainly no Bergara-barreled 6.5 Creedmoor, but it sure is handy—and I’m definitely not worried if it picks up a scratch.