Blast From the Past: MTs-108 Hunting Gun 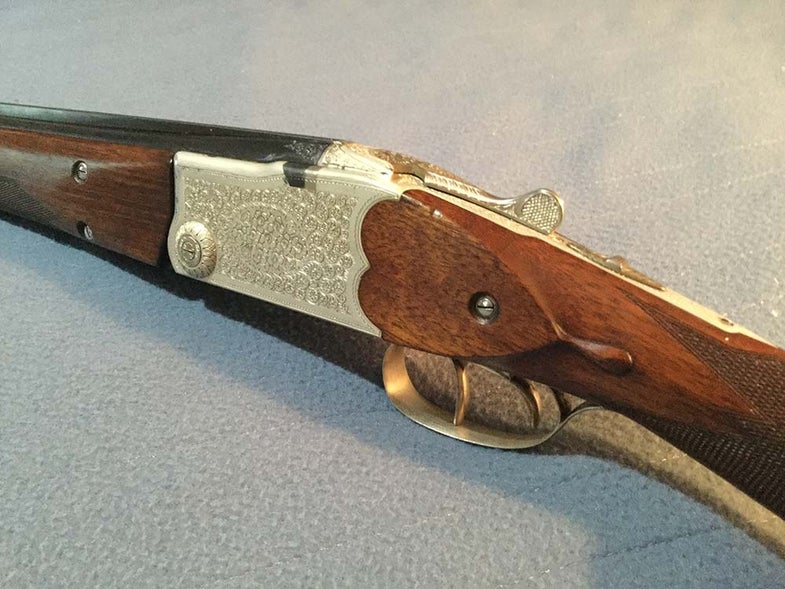 This made-in-Russian shotgun now serves as a quail gun. From Dave
SHARE

Before we get started on Blast from the Past, I have a request: Send me your questions. Your serious questions, you whimsical questions, whatever you’d like. They don’t even have to be questions about shotguns—although rifle and John Wayne questions should go always to Dave, obviously. I want to keep this blog responsive to readers and to do that, I need to know what you want to know. So, ask away.

Today’s gun, the MTs-108, like the MTs-8 we ran earlier this year, was also designed by Russia’s TsKIB SOO (“Central Research and Design Bureau of Hunting and Sporting Guns”) and made in a factory known as Vostok or Baikal. This gun is a 20 gauge, and while it clearly shares design features with the target model we showcased earlier, it’s a slimmer, if no less tall action, it has more decoration and a silver receiver. But, being Russian, it also has the same giant slotted screws in the stock and forend we saw on the target model.

There is a lot more hunting and gun ownership in Russia than we might think, even today, and at home in the Motherland, the MTs-108 might have been a pheasant-partridge-woodcock gun. In its new home, it’s a quail gun.

Here’s a picture of the MTs-108 that followed me home after I fell in love with her at a gunshow. The moment I picked it up from the other plain-Jane guns on a dealer’s table, I was reminded of the line from Robert Ruark concerning an innocent young bird-dog pup that had just scented his first quail. I’m paraphrasing here: He didn’t know exactly what that magical smell was, but he knew it had something to do with his future.

What’s impossible to capture for a mass audience is the soul of the little thing. We’ve all known Russian weaponry to be clunky, stamped, mass-produced, killing machines. Not this little darling.

Nobody at the show knew what the darn thing was. My exhibitor friend, whose table it was on, kindly let me take it around the show to get opinions from other, more knowledgeable dealers. All scratched their heads in puzzlement. “Probably a European apprentice’s masterwork” was the best guess. A few tiny stampings in Cyrillic were the only clues. The metal-to-metal fit was absolutely breathtaking, on par with a bespoke Brit double.

Yes, the checkering is not state-of the art perfection, but you’d only notice in strong light, with a jeweler’s loupe. But griping about the checkering is like being on a date with Cindy Crawford in a fine restaurant and fixating only on her beauty-mark.

On its first day afield in south Georgia, with sharp golden sunlight streaming through the pines on a cold, crisply-beautiful November morning, with world-class dogs pointing wild quail, that damn gun tumbled every bird I shot at.