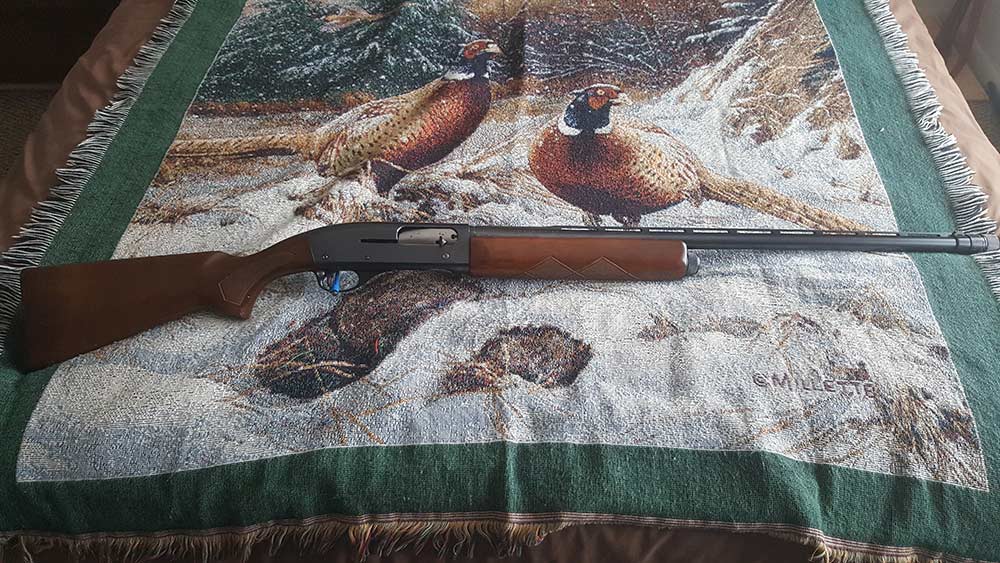 Though discontinued, the Remington 11-48 shared some of the same components as the famous Remington 870 shotgun. Loel
SHARE

After licensing the Auto 5 design from John Browning and producing it as the Model 11 since 1905, Remington redesigned it in the late 1940s. In so doing, they took advantage of mass-production techniques learned during World War II. Introduced in 1948, the 11-48 retained the long-recoil action of the Model 11, but Remington produced it at a lower cost. Not only did the gun make use of stamped parts, but also common parts. It shared several components with the Remington 870 pump, which debuted in 1950. Here’s a fun fact: the 870 12-gauge is built on a 16/20 gauge 11-48 receiver, which is one reason 870s are trim guns.

My brother won this Remington 11-48 in a long pheasant tailfeather contest about 60 years ago. A friend of his shot the bird and entered it under my brother’s name and told my brother what he did. In the end, my brother won the gun. He went in to pick it up and gave a made-up story about “a long cornfield shot” and got his picture in the paper.

About two years ago, my brother gave the gun to that friend’s son. Later, I was in a gun shop and saw it in a rack. I recognized it by one particular scar in the stock.

When my wife heard me tell my son about it, she said I should buy it. I went back a few days later to get it, but it was gone. My 73rd birthday rolled around and the family celebrated at the pizza shop with gifts. We were about to leave when my son said “Pops, I went to the gun shop and asked about that old gun but all they had left was the magazine cap. I thought you’d like it as a keepsake.”

Memories came flooding back when he handed it to me. Then he said, “The rest is in my car, I couldn’t bring it in the restaurant.” So, the old gun now sits in my rack—a piece of firearms history, and now our family history.

Keep the old gun pictures coming to fsgunnuts@gmail.com. The entries have been a little shotgun heavy lately, which is fine with me, but I could use some more stories about rifles.