Blast from the Past: Remington 7400 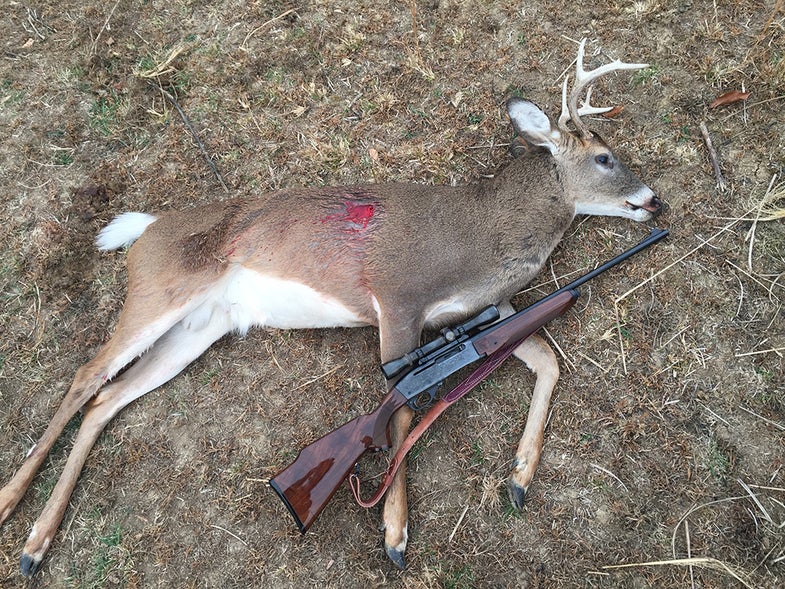 Less than an hour into the deer season, Jake killed this buck with his Remington 7400. From Jake
SHARE

Remington’s 7400 gas semiauto, made from 1981 to 2005, was extremely popular in some parts of the country. Chambered in all the usual short and standard cartridges, plus .35 Whelan, it replaced the 742, which was sold from 1960 to 1980, and had replaced the 740 that had been around since 1952. The 7400 was replaced by the 750, which lasted until 2015. The line is dead now—its niche having been filled by the AR-style R10, which makes up for in reliability what it gives away to the older semiautos in looks. The consensus on the 7400 is that they can be finicky, and they have to be kept very clean, but the 7400 has shot a lot of deer over the years, including today’s rifle. Jake, the owner, gets bonus points for his excellent throwback choice of optic and low rings.

My dad gave me this .30/06 Remington 7400 a couple of years ago when he bought a new deer rifle. It has factory engraving and upgraded wood. This year, I topped it with an old El Paso Weaver K4 in super-low Leupold mounts. The super-low scope rings allow me to get a solid cheek weld. The old Weaver fogs occasionally, and it has a couple of chips in the rear lens, but I like the look of the old blued-steel scope—so I put up with it. This buck was in hot pursuit of a yearling doe. I heard him grunting right before he cruised around the side of a knob I was watching. I was only 45 minutes into my deer season when I pulled the trigger.