Blast From the Past: Remington Rand 1911 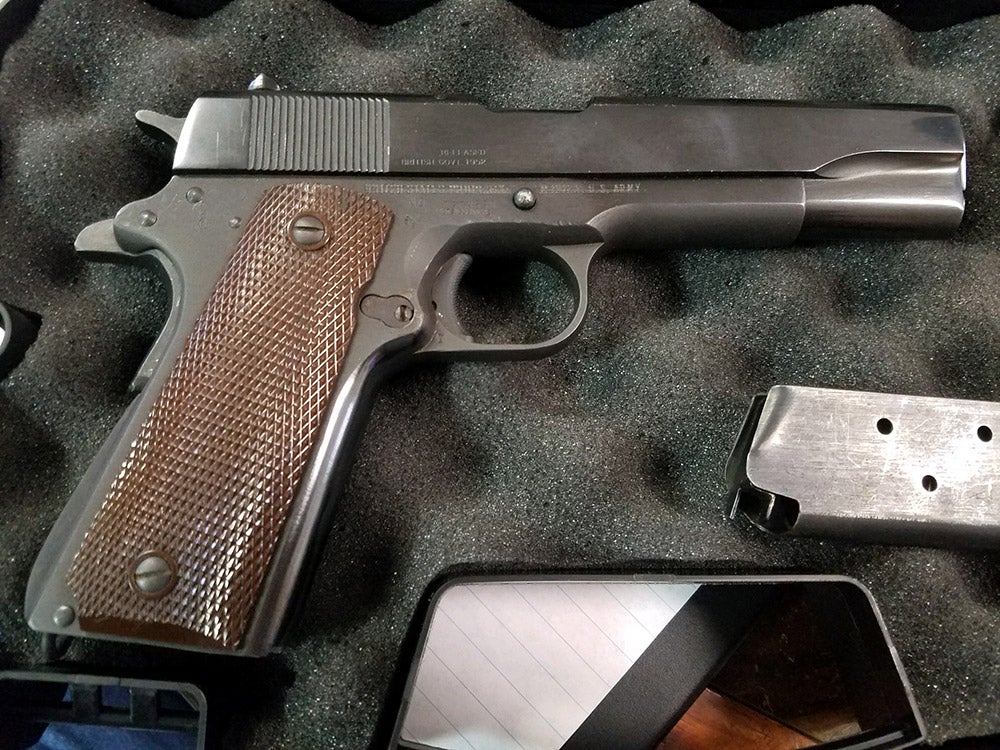 Some submissions to Blast From the Past come from people who would like to know more about their guns. Today’s 1911 is one such gun. Robert, the gun’s owner, wants to know if his pistol was part of the Lend-Lease program in which we sent arms to allied countries during World War II.

During World War II, both Remington and Remington Rand produced 1911 pistols. Remington Rand made almost 900,000, while Remington only delivered about 13,000 by the end of the war, as they were busy making stacks of 1903 Springfields and tons of ammunition.

Robert’s question has to do with whether the markings on his pistol indicate that it was a Lend-Lease gun. He cites the following:

He asked me for the answer, and I told him I didn’t know—but that I knew a bunch of Gun Nuts readers who would. So, make me look good here. What’s the answer to Robert’s question?

And, keep the gun pictures coming to fsgunnuts@gmail.com.