Blast From the Past: Savage Model 99 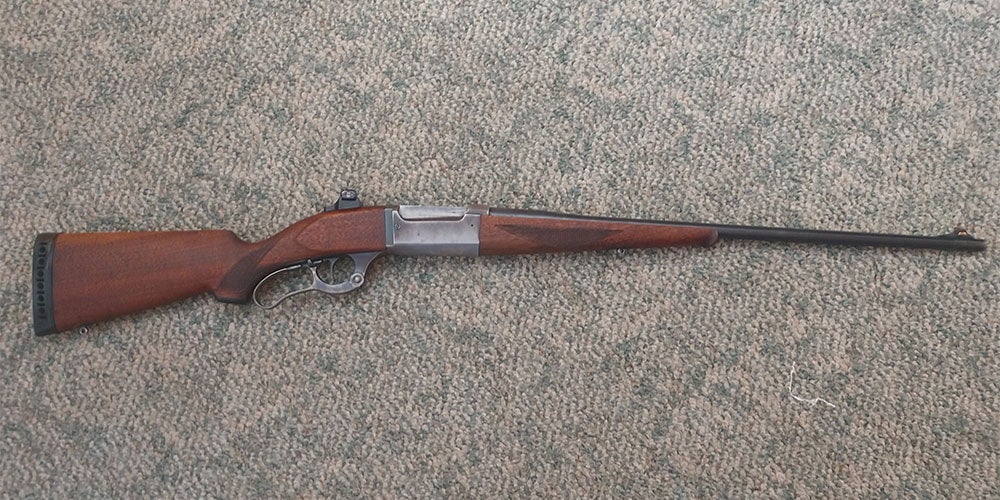 The Savage 99 is one of the classic New England deer rifles, set apart from the Winchesters and Marlins by its ability to handle high-pressure loads and pointed bullets thanks to a strong action and a rotary magazine.

Before there even was a Savage Arms, Arthur Savage worked with Colt on the Model 99’s predecessor, the Model 1892. The 1892 was a lever gun that was designed as a military rifle to replace the trapdoor Springfield, but it ultimately lost out to the bolt-action Krag-Jorgensen. Savage then went into business for himself, founding Savage Arms in 1894, and introducing the Model 1895 Savage. The 1895 was refined into the Model 1899, which became known as the Model 99 and was produced until 1998. It was chambered for various cartridges, including the mid-range Savage .300 and the incredibly fast-for-its-time .250-3000.

This is my grandfather’s Savage Model 99 in .300 Savage. It was his primary deer rifle for over four decades. The gun has taken several Adirondack bucks, including a huge eight-pointer that weighed 202 pounds.

Even after age kept him out of the woods himself, my grandfather always loved to talk deer hunting and he insisted that his rifle be used during deer season every fall. The old rifle still shoots very well and its peep sight is great in the big woods.

My Grandfather passed away last August at the age of 90. His .300 is a source of a lot of sentimental value within my family. Although he also owned a matching 99 in .250 Savage, but the .300 was his favorite.

This rifle will not sit untouched in the gun cabinet. We know that Grandpa would want his old reliable rifle used as always. And so, it will be in the woods again this fall, walking the same mountain trails that it has every deer season for decades. My grandfather would have gotten a big kick out of seeing his “old .300” in the spotlight here.

Rifles
Blasts From the Past
Shooting
Whitetail Deer Hunting