Blasts From the Past: Model 48 Topper

A priceless old shotgun, perfect for rabbits, squirrels, and more 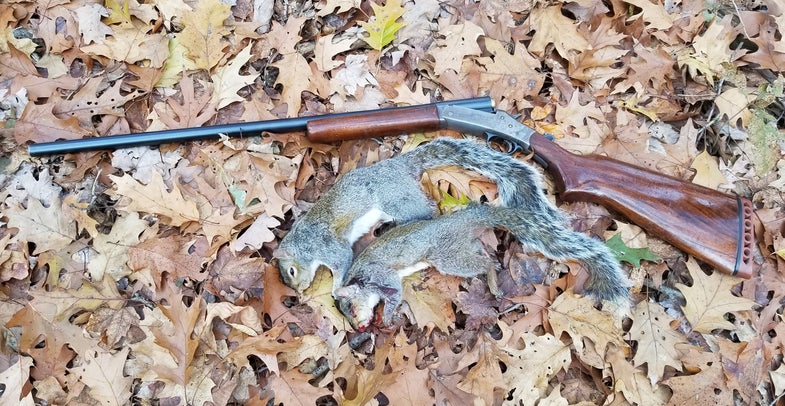 The H&R single-shot shotgun was a staple of farmers, thrifty hunters, and kids since its introduction back in 1900. The gun evolved through several model numbers as it was improved and updated over the years. The Model 48, subject of today’s BFTP, was introduced in 1943 and was made until 1956. It was the first gun to be called a “Topper.”

The Topper, as I understand it, is no longer made, which is a shame. The 16-gauge has been dying the same slow death for the last 25 to 30 years or so, but it hangs in, and it even got a little shot in the arm from Browning’s recent introduction of the excellent Sweet Sixteen A5. It’s a perfect, and classy, cartridge for the uplands and small-game hunting.

It’s far from the oldest gun around, but this Model 48 Topper means a lot to me. Going into the outdoors with my grandpa made up some of my fondest childhood memories. Now, a few years after his passing, I’m not able to go with him, but taking his gun still brings him with me, and the 1940s-era 16-gauge reminds me of those life lessons and memories.

Growing up at a time when the 16-gauge was considered obsolete added to the gun’s mystique for me. I can remember being a wide-eyed child, looking at the dark-stained stock and having my grandfather tell me: “I was 16 and wanted a gun to hunt rabbits, so I got a 16-gauge.” The broken bead and every scar on the stock all add its story. Carrying this old 16-gauge on a simple Thanksgiving-morning squirrel hunt makes it one of my favorite days of the year.

This gun is a perfect example of a gun that’s nearly worthless in monetary terms (in this condition, it would go for about $75), but I bet it’s not for sale at any price. Thanks to Patrick for sharing his grandfather’s gun, and please keep the gun pictures coming to fsgunnuts@gmail.com.