Blasts from the Past: Tobin Shotgun 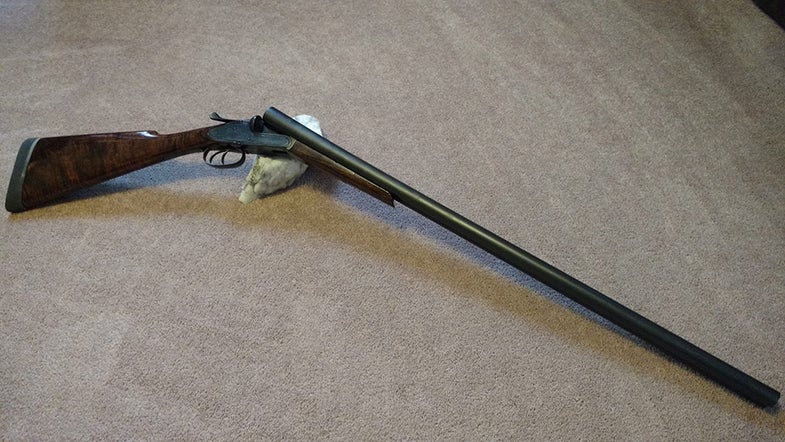 This high-grade Model 70 Tobin was made in Ontario in the early 1900s. From Mike
SHARE

Who knew there were Canadian high-grade shotguns? For a few years in the early 20th century, there were—and we have one today. Tobin Arms was founded by Frank Major Tobin of Nova Scotia, in 1905. Tobin had moved around the U.S., working as an agent for gun makers and dealers before he decided to go into business for himself. He bought the rights to a sidelock action, which he named the Simplex, and formed Tobin Arms in Norwich, Conn., in 1905. He produced several grades of his gun, ranging in price from $30 to $200, roughly the equivalent of $800 to $5,000 today.

In 1909, Tobin moved his factory to Woodstock, Ontario. Unfortunately, the business faltered and ultimately surrendered its charter in 1921. Between the Norwich and Woodstock factories, about 18,000 Tobins were made. The high-grade guns had some beautiful engraving, gold-plated internal parts, and Krupp or Belgian fluid steel barrels. One of Tobin’s gunsmiths, G.B.Crandall, bought up the remaining parts and, calling himself “the successor to Tobin Arms,” made about 500 more guns over the course of many years.

If this is a Model 70, that’s the trap grade Tobin that would have sold for $70—about $1,800 today. Thanks, Mike, for letting us see a little-known piece of North American gun making history. Keep the gun pictures coming to fsgunnuts@gmail.com.

Shotguns
Blasts From the Past
gun nuts
Hunting Guns