A recent NPR story says it better than I can. “Taxidermy is having a massive comeback,” says Jo Shears, fashion... 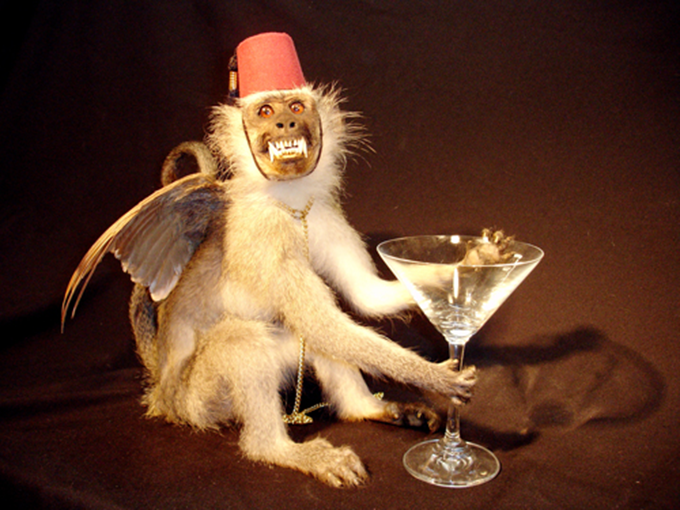 A recent NPR story says it better than I can. “Taxidermy is having a massive comeback,” says Jo Shears, fashion designer and animal stuffer. Why the sudden interest in a craft that has not been really popular since the 1800s? “It really fits with the trend for vintage and is really popular with the sleek and more design-led crowd.”

I have to admit that I don’t really know the “sleek and more design-led crowd,” but I’m picturing a parade of harbor seals following triangles and rhomboids down a sidewalk.

Weird descriptions of its adherents aside, I actually sort of get the taxidermy craze. Because one of the surest ways to bolster your hipster cred is by showing a deep interest in a decidedly strange and unexpected craft. Among your options are beekeeping, bookbinding, and making your own yogurt out of fish guts. And taxidermy.

Here’s something that’s harder for me to wrap my head around. What’s super-hot is not regular taxidermy. It’s “rogue taxidermy.” Think of a jackalope’s worst nightmare and you’re getting warm. People—many of them women, interestingly—are mounting antlered dogs’ heads, three-headed turkeys, monkeys with giant canine teeth happily mixing up cocktails in a shaker. And those are the more banal examples. The hippest ones look like they stepped out of your nightmares after a meal of bad sushi and absinthe.

See for yourself. Do a Google image search for “rogue taxidermy.” And don’t be surprised if you find your third grade teacher’s head atop the body of a squirrel covered in anaconda scales.