Do you ever wonder how you’d have fared if you’d been born back in the day? Not just before GoreTex... 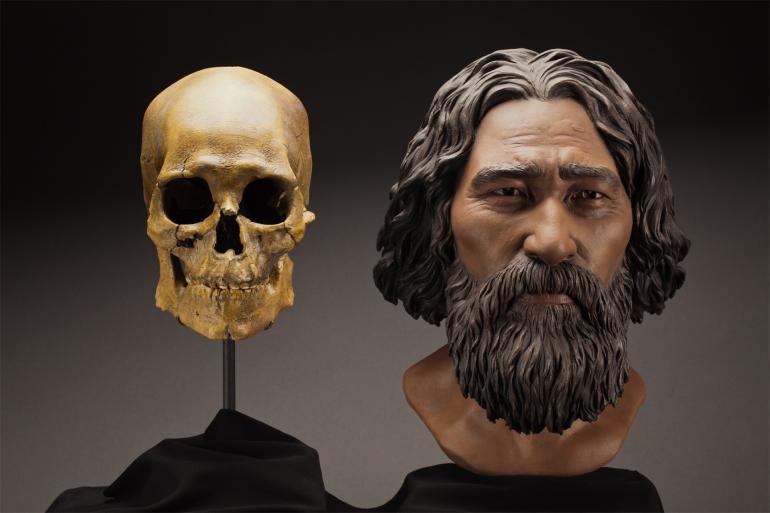 Do you ever wonder how you’d have fared if you’d been born back in the day? Not just before GoreTex and duck decoys that require a 12-volt power source. I’m talking waaay back, before hunting, fishing, and wilderness survival were “industries.” When they were pretty much all that there was. I’m talking 10,000 years ago.

I think I’d last about 10 minutes. That would be the length of time it would take the rest of my small group of nomadic hunter-gatherers to decide I was useless. I can imagine the discussion. “Sure, guy tell funny stories round fire. But get real. Worth more as bait.”

I’ve been thinking about this after reading about Kennewick Man, whose 9,000-year-old remains were discovered in 1996 along the Columbia River near Kennewick, Washington. Only a handful of complete skeletons from this period have ever been found, so scientists got busy.

Turns out all that CSI stuff is true. You can get a lot of information from bones. Kennewick Man stood 5-foot, 8 inches and was about 40 when he died. His teeth were worn down to the roots but had no cavities, suggesting he believed in the Paleo diet of no sugar or starch. He was right-handed, with a right arm and shoulder that showed a lot of wear, almost certainly from throwing a spear. He had fractured his shoulder joint socket, which made throwing painful, but apparently didn’t stop him. Nor did the heavy blow to his chest that broke six ribs and occurred long before death. The five broken ribs on his right side never knitted back together properly, again because he didn’t stop throwing.

Here’s the clincher. He was carrying a 3-inch stone spear point—leaf-shaped, broad, with serrated edges—lodged in his hip. The wound had come about 20 years before his death. The projectile hit at a downward angle of 29 degrees and just missed his stomach, which almost certainly would have killed him. Even so, he would have been unable to eat and take care of himself for a good while, so there had been people who fed and nursed him back to health. His bones suggest that he didn’t even walk with a limp by the time he died.

There are more questions than answers about Kennewick Man. He was found more than 300 miles from the sea, yet he seems to have lived almost exclusively on marine animals—seals, sea lions, and fish. Equally strange, researches believe that he drank glacier water almost exclusively. Bottled water being rare at the time, this is also hard to parse. Maybe he was a traveler, a trader from the north. Who knows?

We do know that whoever buried him did it with respect. He was buried deep enough that no predators scavenged his body. He was laid out prone, face-up, head slightly elevated, his chin pressed to his chest, his head upriver, left side facing the stream.

I like to think that he was honored as a tough dude even by prehistoric standards. How many of us would have lasted 40 years in his world?