The white-footed mouse: Where many ticks first pick up Lyme disease I’ve been researching Lyme disease, and it’s like drinking... 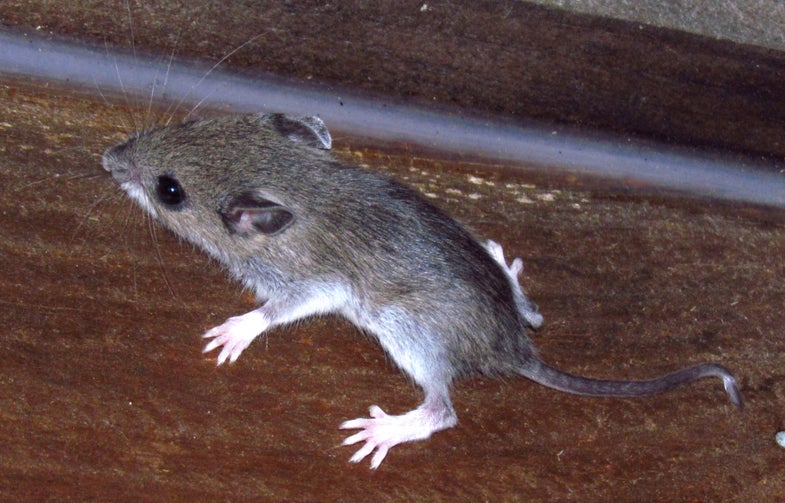 The white-footed mouse: Where many ticks first pick up Lyme disease

I’ve been researching Lyme disease, and it’s like drinking from a firehose that has advanced degrees in infectious diseases, immunology, neuropathy, and pharmacology. In the meantime, some interesting factoids with which you can annoy and educate your friends:

• Some researchers have likened the current state of knowledge about Lyme to what we knew about AIDS in the 1980s. So we know a bit about it. There’s more that we know we don’t know. And there’s almost certainly a lot that we don’t know we don’t know. (Google “Rumsfeld, Donald, types of unknowns” if you find this distinction confusing.)

• It’s “Lyme” disease, not “Lyme’s.” Lyme is a small town in Connecticut. In 1975, a woman there alerted researchers at Yale to a bunch of kids who were thought to have pediatric arthritis. In 1977, those researchers changed the name to “Lyme arthritis.” In 1979, it was changed to “Lyme disease.”

• The cause of the disease wasn’t identified until 1982, when Dr. Willy Burgdorfer somehow figured out it was transmitted by ticks of the Ixodes genus (which includes deer ticks) that were themselves infected by the disease. Ticks aren’t born with Lyme disease. They get it from infected rodents, particularly the white-footed mouse.

• Burgdorfer’s discovery earned him the right to have the disease’s spirochete named after him—Borrelia burgdorferi. I’d have named it after the first girl who dumped me or my eighth-grade algebra teacher or Comcast customer service. (Incidentally spirochete, which sounds like a difficult ballet move, actually refers to “any of various slender, spiral, motile bacteria of the order Spirochaetales, many of which are pathogenic, causing syphilis, relapsing fever, yaws, and other diseases.” In other words, I have no idea what it is but it doesn’t sound good.

• Tucking your pants legs into your socks really cuts down on a tick’s ability to crawl up your leg. Yes, it looks dorky. Get over it. Incidentally, the tick you find in your armpit may very well have crawled there from ankle level. The things can locomote.

• Permethrin is the way to go in treating clothing. Don’t forget to spray your boots.

• Folk wisdom can be hazardous to your health. Forget all that crap about getting the tick to “back out” by burning it, covering it with Vaseline or nail polish, or hooking it up to jumper cables. Any of these will make the tick puke its nasty guts back into you, which is the opposite of what you want.

• Use tweezers. Grasp as close to the skin as possible and gently but firmly pull straight out. If the mouthpart of the tick remains, that’s okay. The mouth itself doesn’t spread Lyme. You could leave it and let it work itself out. But if you’re a guy, you are constitutionally unable to do this. Remove as you would any splinter, which is with the pocket knife last used to clean your nails. Wash and disinfect the area.

• While hand-to-hand combat with the little suckers after removal is tempting, don’t do it. Handling the tick increases your exposure. Squeezing the damn thing—which is perhaps the one form of torture I’d otherwise endorse—is even worse, because it spreads the infected guts like a busted pinata.

This is all pretty straightforward. Next up: the confusion.