Searching for Wilderness and Finding Balloons

It’s getting harder—and therefore more necessary—to find a place that feels wild. There’s almost no place, at least in the... 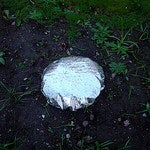 It’s getting harder—and therefore more necessary—to find a place that feels wild. There’s almost no place, at least in the East, that wasn’t logged at one time or another. Almost no stream of any size that that doesn’t carry trash, runoff (all sorts), sewage, and industrial chemicals.

Whenever I do get to a place that feels untouched, something in me unclenches. I start to feel whole again. And then, deep in the woods, I find a Mylar balloon snagged in a tree or lying among the leaves. And the very world I’d hoped to escape is with me again.

I have found mylar balloons while fishing the Wind Rivers in Wyoming. I’ve found them elk hunting in Colorado. I always imagine a child coming home from a birthday party at the moment he or she lost the balloon out the car window, watching tearfully as it ascended until it was out of sight. And then, days or months or years later, it came down here.

I don’t know how long Mylar hangs around, but I’m guessing it’s quite a while. I know that it’s not considered biodegradable. Although, as the Balloon Council—of course there’s a Balloon Council, you ninny, otherwise who would speak for them?—so helpfully points out, they are recyclable. Although you don’t see a lot of recycling centers in the bush.

According to Wikipedia—I know, but sometimes it’s right—Mylar is made from “BoPET (Biaxially-oriented polyethylene terephthalate)…a polyester film made from stretched polyethylene terephthalate (PET) and is used for its high tensile strength, chemical and dimensional stability, transparency, reflectivity, gas and aroma barrier properties, and electrical insulation.” I don’t know what most of that means, but it doesn’t sound encouraging.

NASA was making balloons out of the stuff as early as 1964, when it launched Echo II, a 131-foot-diameter Mylar balloon. I wonder where that sucker came down.

I found a balloon in the woods yesterday. I crumpled it up—they pack up pretty small—and put it in my pocket. I encourage you to do the same. I know that I’d be happy to sign any petition seeking to ban Mylar balloons, at least the ones made for entertainment purposes. Latex isn’t quite as shiny. But it breaks down a lot faster. If you absolutely have to let a balloon go, make sure it isn’t Mylar.