Sol Lunar Tables: The Sun, the Moon, and the Truth

I’ve never been a big believer in Sol Lunar tables, mostly because I don’t know any deer that get them.... 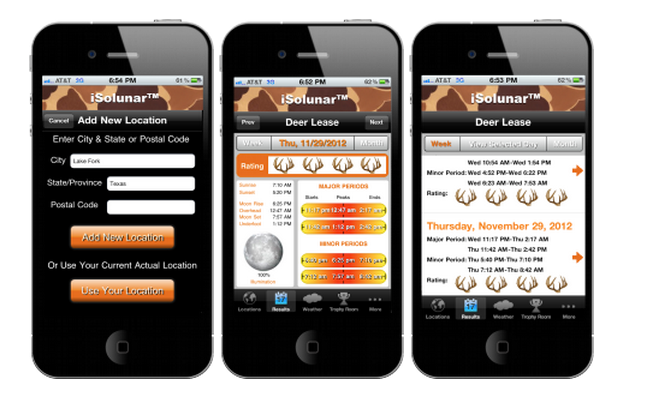 I’ve never been a big believer in Sol Lunar tables, mostly because I don’t know any deer that get them. Even if they did, I’m pretty sure they’d have trouble reading them. I know I do.

That’s more balls than I can keep in the air at one time.

In fairness, this may have to do with the fact that huntfishsport.com is convinced that my geographic coordinates are Longitude: -93.592529296875; Latitude: 46.359249819838. That puts me near Brainerd, Minnesota—specifically, on the north shore of Mille Lacs Lake (literally “Thousands Lakes Lake”). That’s only 1,246 miles away, and there are only 40 fewer minutes of daylight there. So maybe I’m splitting hairs.

In my secret heart, I’m starting to believe that game animals—deer in particular—have a system both simpler and much less explicable than the Sol Lunar tables: If I’m in the woods, they don’t move. The rest of the time, they run around like crazy.