Something has gone wrong with my archery shot. I settle the pin on the target and it drops below where... 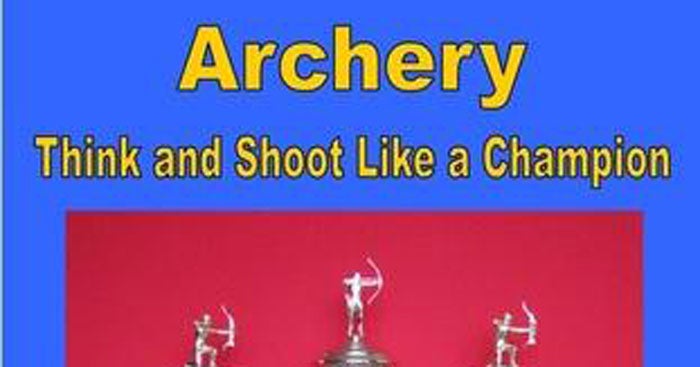 Something has gone wrong with my archery shot. I settle the pin on the target and it drops below where I want to hit. And for reasons I can’t explain, raising my bow arm feels impossible, like I’m trying to lift a truck. So I counter by raising it too high and then it drops again, and I’m once again trying to do the impossible. Which is to raise my arm.

My effective range has dropped to about 15 yards. I’ve also started jerking the release. There is a name for this: target panic. And I used to think it only happened to other people.

Target panic is a wet snowball rolling downhill. It’s hard to stop, and it gets big quick. Unlike most guys, I’ve got an expert I can call—coach Terry Wunderle, known in competitive compound archery circles as “the shot doctor.” I’d taken a lesson with him years ago at his home in Illinois, and I recently bought his 2013 book, Archery: Think and Shoot Like a Champion.

I remember shooting in his 20-yard basement range. I remember that he didn’t need to look at the target to know where my arrows went. He just watched me. After each shot, he would tell me, without moving his eyes once, where the arrow had landed. This freaked me out, which was exactly what he was counting on. He wanted me to know which of us was the shooter and which was the coach. And then, for the next five hours, he was always four steps ahead of me. He knew what mistakes I was going to make, when, why, and how to correct them. What irritated me wasn’t that he was always right but how much he loved being right. But I learned a hell of a lot.

When I called, he listened as I described my problem and diagnosed it as “mild target panic,” which comes about when a shooter is trying to hit the bull’s-eye rather than concentrating on form. One of the first things he’d told me in my lesson was that aiming is overrated. “It’s like this,” he said. “If you shoot form, aiming takes care of itself. If you aim, your form goes to hell and you’ll never hit anything.”

He proceeded to ask me a few questions. “Are you talking yourself through each shot? Never mind, I know you’re not. Start doing it again. Here’s what you tell yourself: ‘Set the bow shoulder. Draw on target. Pull it back hard into the stops. Drive the bow hand toward the target. Float the pin on the target. Pull the bow apart. Steady forward pressure with the bow arm, steady rearward pressure with the release arm. Drive it in.”

He said that I was shooting low because I wasn’t keeping steady pressure with my bow arm. Unless my draw length was too long, that indicated that either I wasn’t pushing hard enough with my bow arm or I was aiming. Either of which was the kiss of death.

He told me to really focus on my bow arm. And that I should do two other things. “Take your string tension down. One full turn on each limb should be 3 or 4 pounds. That can’t hurt. And shoot a bigger pin if you can. Little pins tempt you to aim more. You should see my bow sight. I shoot pins the size of Christmas-tree lights.”

I thanked him. It’s striking when you talk to somebody and realize that they’re doing exactly what they’re cut out to do. Terry Wunderle seems to have been put on this earth to coach archery.