Photograph courtesy of Yellowstone National Park/Flickr Last week, the National Park Service announced that it reached a milestone in the... 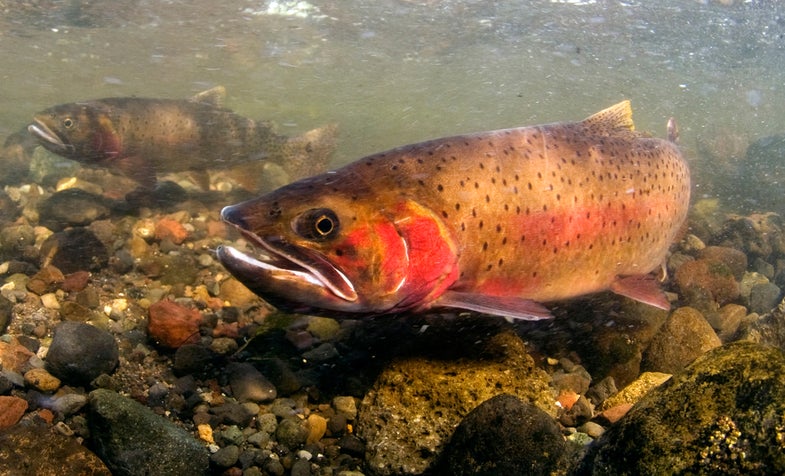 In a story by the Casper Star Tribune, Todd Koel, the leader of the Yellowstone National Park’s native-fish conservation program, said it’s the most lake trout ever culled in the area. “That’s more than we’ve ever caught,” Koel said. “It’s because we put out even more effort than we have ever before to catch them…And also there’s a lot of lake trout out there.”

Ever since non-native lake trout were introduced to the 132-square-mile lake, they’ve feasted on native cutthroat trout, dramatically decreasing their populations. As a side effect, other wild park inhabitants that feed on cutthroat, such as grizzly bears, have been affected. To boost cutthroat populations, park managers began several programs to reduce lake trout numbers, including netting and electroshocking the fish, which commenced in 2012. In total, approximately 1.2 million lake trout have been pulled from the lake in the past four years. Though effective, the efforts carry about a $2 million price tag, which is largely paid for by the federal government and private donations.

“Each year, we’re putting more and more effort out there, and each year we’ve been killing a lot of fish,” Koel said. “We’re still waiting for that crash in our catch. We haven’t seen that yet, but the predictions are there that’s going to happen. So we’ll keep this up until it does.”

The work seems to be paying off. Koel said that cutthroat populations are on the rise. “There are a lot of cutthroat in Yellowstone Lake and they’re really big. They’re huge. They’re beautiful,” he said.