650-Pound Black Bear Is One of Largest Killed in Virginia

Patrick Coffey was originally in pursuit of deer on a large Virginia farm last month—what he ended up tagging is... 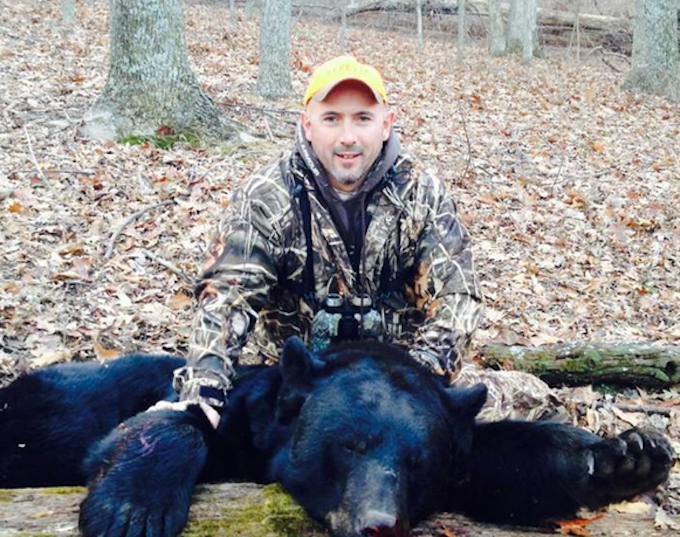 Patrick Coffey was originally in pursuit of deer on a large Virginia farm last month—what he ended up tagging is one of the largest black bears ever taken in the state, according to wildlife officials. The Washington Post reports that Coffey stalked up on the animal, which measured 8 feet from nose to tail and weighed an estimated 650 pounds, and shot it from 130 yards.

Coffey said the bear was easy to spot from 300 yards away, not just because of its immense size, but because there was so little foliage on the trees and bushes. He dropped the animal while it was focused on scavenging for acorns. “I realized how big he was when I shot him,” he said. “He was obviously an older bear.”

With the help of a tractor and truck, he and his buddies were able to get the animal to a scale, but the needle shot past its 550-pound limit. The men could only figure that the bear weighed about 100 pounds more, but didn’t get an exact number.

“It is not an everyday occurrence that you run across a 650-pound bear in Virginia,” Coffey said. Virginia wildlife officials agree. While the bear is larger than average, its size is a sign that the state’s growing bear population, estimated at around 17,000 animals, has plenty to eat. Virginia records show a 740-pound bear was killed in 2000, and a 728-pound bear was shot recently, though it didn’t stand as tall as Coffey’s.

In the end, Coffey thinks he netted about 100 pounds of meat, and since he’s also a practicing taxidermist, he’s pretty sure the hide will join the deer, antelope, elk, and bobcats he’s prepared for his home. This is his second black bear; he shot one weighing 350 pounds 10 years ago.