Are American Bullfrogs Taking Over the West?

Bullfrogs are hopping across the West and compromising the health of local ecosystems as they go, The Spokesman-Review reports. Experts... 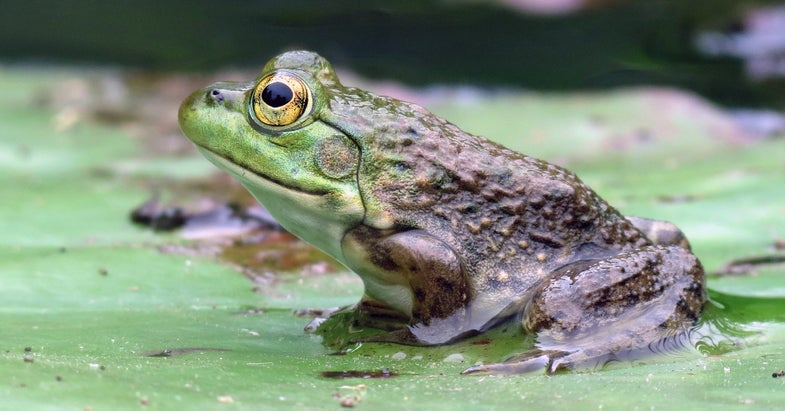 Bullfrogs are hopping across the West and compromising the health of local ecosystems as they go, The Spokesman-Review reports. Experts worry that the frogs—with an abundance of food and few natural predators in the region—may have lasting negative effects on species that inhabit the same ponds and marshes, potentially driving some to extinction.

In Idaho, in particular, in the 1940s, the Department of Fish and Game (DFG) released bullfrogs into area waters for residents to catch and eat. Unfortunately, frog gigging didn’t catch on, and the bullfrog population has flourished in the past 70 years, feasting on an array of aquatic creatures.

Earlier this month, in an attempt to combat the invaders, biologists and wildlife managers spent a day catching and killing bullfrogs near the Canadian border; however, workers managed to kill only 20 of the 116 bullfrogs that they spotted.

“They’re hard to catch,” says Michael Lucid, a DFG biologist. “If you get close to them, they’ll go ‘EEEP!’ and all you’ll hear is a splash in the water.”

Female bullfrogs can lay upward of 20,000 eggs, so killing 20 will unlikely make much difference. Still, the hunt helped biologists understand where and when to look for the frogs: after dark, in wet and warm places. But even a novice gigger could have told them that. Next time officials might have more success if they bring a few gigging fanatics along.