An Arizona woman is recovering from wounds suffered from when a herd of javelinas attacked her as she walked her... 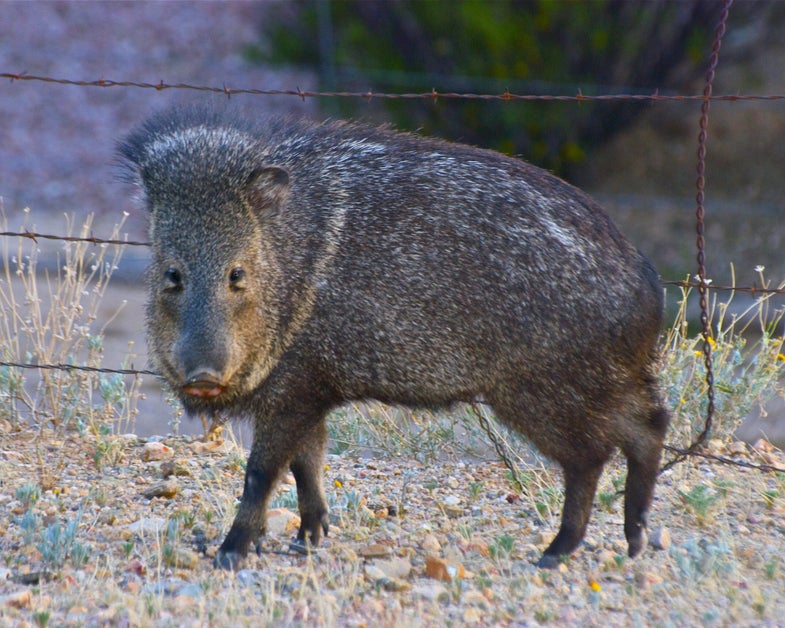 An Arizona woman is recovering from wounds suffered from when a herd of javelinas attacked her as she walked her dogs late last month. Azcentral.com reports that the javelinas charged the unnamed woman and her two dogs on April 30, mauling her head and neck after she had fallen to the ground. Her husband and a neighbor quickly came to the rescue while javelinas continued to chase her dogs, one of which required surgery.

Amy Burnett, a spokeswoman for the Arizona Game and Fish Department, told AZcentral that it’s fortunate the attack wasn’t worse. “Attacks by javelina on humans are rare,” she said, “but when they happen, public safety is our main concern.” Burnett noted that all six animals were “lethally removed,” and their remains will be tested for rabies and other potential diseases. In the meantime, the victim is undergoing treatment for rabies as a precaution.

The woman’s neighbors could be to blame for the attack, said wildlife officials, who determined that neighbors had been feeding javelinas and coyotes for the last few months. Burnett noted that this could account for the herd’s unusual behavior. Though it’s unclear whether anyone has been cited for the illegal feedings, it’s against the law to feed any wildlife besides squirrels and birds in that particular county.

Though Burnett notes that javelina attacks on humans are rare, in the past few couple of years, there have been several other cases of the animals attacking dogs. In 2014, walb.com reported that a javelina herd attacked a woman and her dog, which later died from its injuries. In that case, officials noted “javelina may react instinctively to the presence of dogs, which they cannot distinguish from a natural predator such as a coyote.” In a similar case, as cbs5az.com detailed, a man and his dogs had to be rescued after a herd attacked them on a hike.

According to Arizona Game and Fish, javelina, which grow to between 40 and 60 pounds, often visit homes in semi-urban areas near natural deserts. Though they usually cause only minor problems, feeding and watering the animals encourages repeat visits and can cause the animals to lose their natural fear of humans. Typically, cases of javelinas biting humans have been associated with people feeding them.