A report published by the National Audubon Society predicts climate change will alter the habitat and range of as many... 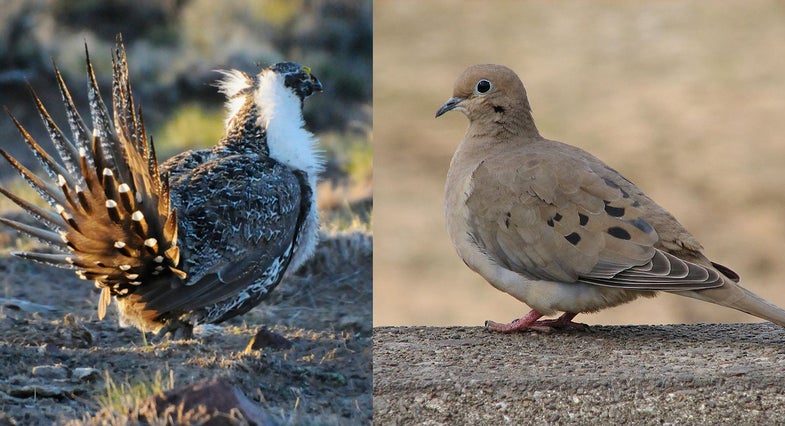 A report published by the National Audubon Society predicts climate change will alter the habitat and range of as many as half of North America’s 650 bird species over the next several decades. Among the game birds that are expected to face changes are teal, gadwalls, redheads, ruffed grouse, and wild turkeys. Greater sage-grouse habitat seems to disappear altogether on an Audubon interactive map (image above) illustrating potential range losses from 2000 to 2080.

Audubon’s data indicates that some species may lose summer range, but gain wintering areas, and vice versa. David Yarnold, the president of the National Audubon Society, told the New York Times, “We don’t know which ones are going to prove heroically resilient.” The report’s chief author, Dr. Gary Langham, added, “But really with any bird that shows new climate space opening up, it is far from certain that any bird is going to capitalize on that potential.”

The report is based on United Nations climate change data, the results of the Audubon Society’s annual Christmas bird count—a volunteer survey conducted since 1900—as well as the federal government’s breeding bird survey, which dates to 1914. All told, it indicates that 20 percent of North American bird species will be forced out of more than half their current range by 2050. Those that aren’t able to adapt quickly may face extinction. Especially threatened species include the northern hawk owl, northern gannet, Baird’s sparrow, rufous hummingbird, and trumpeter swan.

Many common birds such as robins, mallards, American woodcock, red-tailed hawks, cardinals, and northern mockingbirds should remain abundant. A few species may actually thrive and expand their range, including one bird very popular with America’s hunters. “You want to know what climate change sounds like?” says Langham, “It’s the sound of a mourning dove—their climate potential is going to increase.”