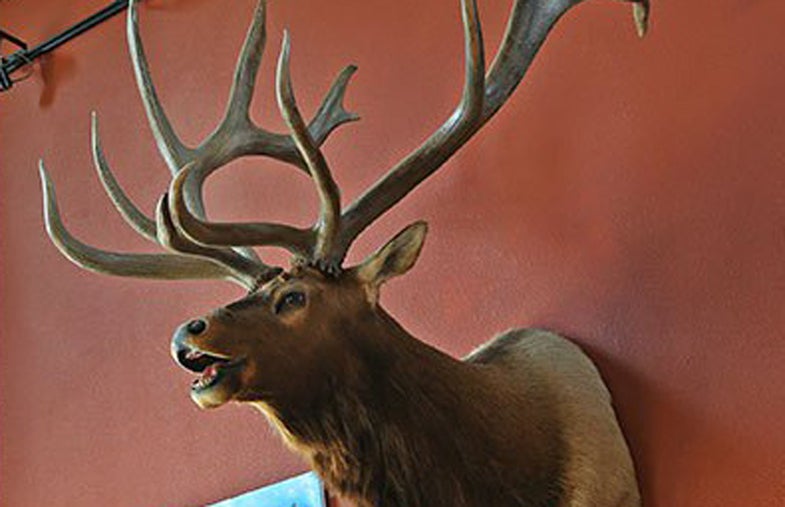 According to United Country Real Estate, the Plute Bull held the club’s world record for three decades, before getting knocked to second in the 1990s by Alonzo Winters’s 442 5/8 typical.

The meat from the Plute Bull, hunted by coal miner John Plute in 1899, was traded for Plute’s room and board above John Rozick’s Elk Saloon in Crested Butte, Colo. When Plute died in 1922, the rack stayed with the Rozick family.

The antler auction also included other old saloon swag, including an 1899 nickel slot machine and poker chips from the early 1900s. The antlers went to a Colorado resident. “He’s a local guy who has done well in life,” Gary Hubbell, United Country auctioneer, said in a statement. “A passionate elk hunter who found the Plute Bull to be a fascinating piece of Colorado and American history.”

The new owner of the Plute Bull, also known as the Dark Canyon Bull, plans to keep the rack in Crested Butte.