Burglar Killed by Alligator While Hiding From Police in Lake 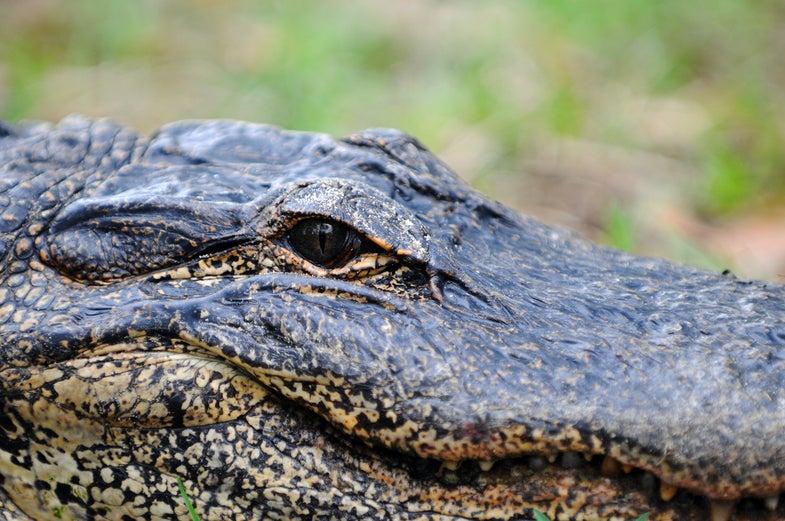 Bay News 9 reports that the body of an alleged burglar, Matthew Riggins of Palm Bay, Florida, was recovered in a pond after he was attacked and killed by an alligator. “I would say it’s poetic justice,” Barefoot Bay resident Chuck Stotes told reporters.

Major Todd Goodyear of the Bedford County sheriff’s department said that on Nov. 13, hours before Riggins was reported missing, he told his girlfriend that “he was going to do burglaries in the Barefoot Bay area with another individual.” That night, Bedford County sheriff deputies were called to Barefoot Bay following reports of two suspicious men in black clothing in the area. According to investigators, Riggins called his girlfriend as he tried to evade police and told her that he was in hiding. During the search, officers heard yelling, but they could not locate its source, said Goodyear. Riggins was reported missing less than 24 hours after his last call to his girlfriend. His body was found in the lake ten days later.

“He probably went into the lake to hide from the officers and the dog, and came across that gator,” said Goodyear. “To hide somewhere to try and get away, and then meeting up with an animal like that, no, I’ve never had that happen before.”

According to USA Today, an 11-foot alligator was euthanized after acting aggressive toward diveteam members as they attempted to recover Riggins’s remains. “When the body was found, it had injuries that were consistent with an alligator attack,” Goodyear told USA Today. “We had trappers euthanize the gator and when we opened it up, there were some remains inside that were consistent with injuries found on the body.”

Bite marks on the body confirmed for officials that the alligator held Riggins underwater; the official cause of death is listed as drowning.

The burglaries and a suspect in custody, likely Riggins’s partner, are still being investigated.