California’s severe drought poses a major threat to migrating waterfowl. The Sacramento Valley winters up to 5 million ducks and... 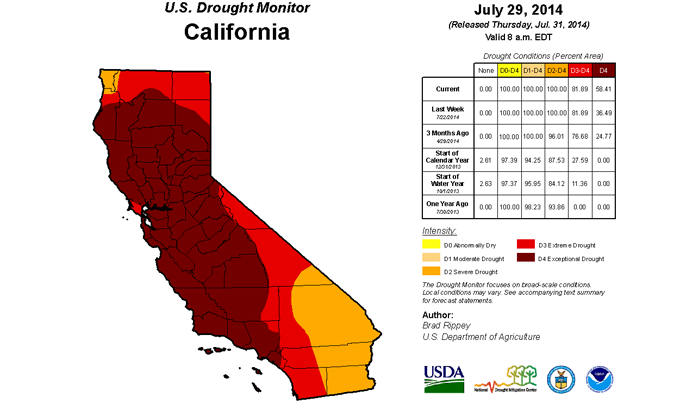 California’s severe drought poses a major threat to migrating waterfowl. The Sacramento Valley winters up to 5 million ducks and geese annually in its mix of flooded rice fields, national and state refuges, and private duck clubs. The state’s water is carefully allocated, and this year the refuges will have 25 per cent less water than usual. Rice farmers will have lower allocations as well. In addition, “water decomp” a technique in which rice fields are flooded after the harvest to break down rice stalks, won’t be possible for most farmers this year due to lack of water. Instead, they will plow their crops under. Ordinarily, waterfowl feed and rest on the flooded rice fields, which provide several hundred thousand acres of habitat.

Officials fear that migratory birds will concentrate on available water, crowding them together and increasing the chances of highly contagious avian botulism, which can kill ducks by the thousands in a very short time.

One such outbreak has already been reported this year at Tule Lake National Wildlife Refuge in northern California. Over 1,700 birds died. Much smaller suspected cases have been found in urban parks in Sacramento, where birds often congregate when there’s less water elsewhere.

Ironically, the excellent nesting conditions in Canada and a large fall flight could be bad news for Pacific Flyway waterfowl as more birds will compete for scarce food and crowd into available water.

“We’ve got this perfect storm, if you will. And it’s not going to be pretty,” says Mark Biddlecomb of Ducks Unlimited. “I think we’re looking at the probability of a food shortage in addition to a disease outbreak. If they don’t go back in excellent condition, they’re not going to be breeding like they would normally, and that will affect the entire flyway from the boreal forests of Canada all the way down to Mexico, frankly.”