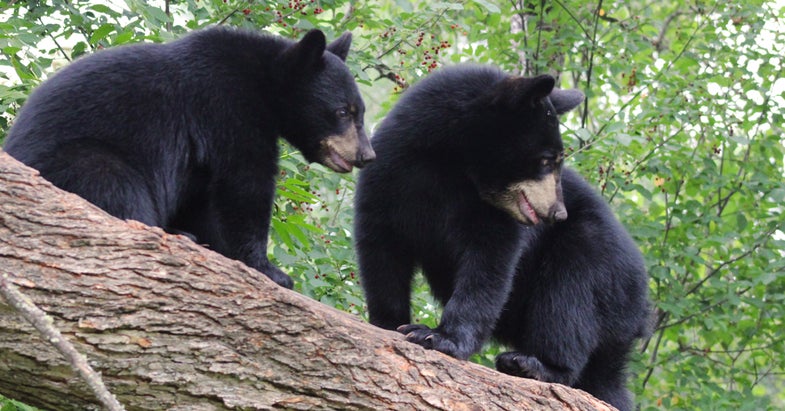 According to The Denver Post, Williams said that a black bear sow and two cubs foraging through his trash woke him one morning earlier this month. He first fired two rubber buckshot loads, provided by Colorado Parks and Wildlife, at the bears before firing a live shell at the animals when his dog ran outside. ​Reuters reports that ​Williams said he fired the live shell because he feared for his dog’s ​safety​. In doing so, he killed one cub, wounded the other, and caused damage ​to​ a nearby building. The wounded cub was later euthanized by wildlife officials. The sow climbed a nearby tree, where she remained for several hours after the shooting.

Jennifer Churchill, Colorado Parks and Wildlife spokesman, said the department had done their part to help by providing Williams with rubber buckshot. “He signed a liability waiver for it, as well as received direction on safe use from the officer,” she said. “We did not tell him to have a live round in the gun behind his rubber buckshot.”

CPW advises firing on a bear with rubber buckshot only after other measures to discourage it—cleaning up attractants, and using noise makers to scare it away—have proven ineffective.

​Prosecutor​s​​ said​ Williams could face up to four and a half years in prison for the two felonies he faces, and each misdemeanor carries the potential for jail time and fines​, as well​.