Debuting today on Vimeo, Fair Chase follows a team of top-notch long-distance runners as they pursue and attempt to kill... 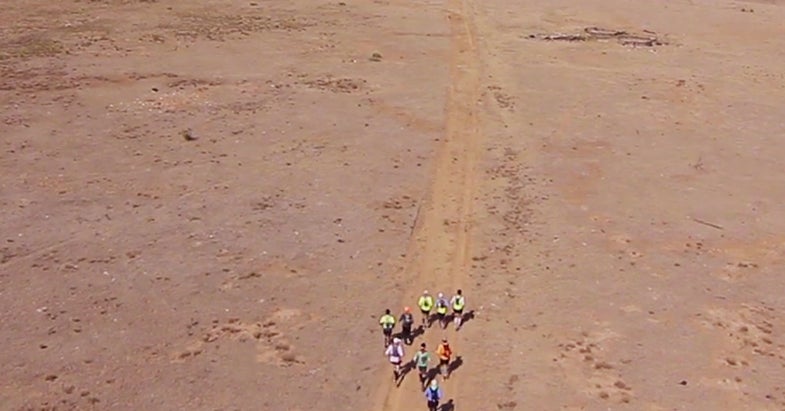 Debuting today on Vimeo, Fair Chase follows a team of top-notch long-distance runners as they pursue and attempt to kill a pronghorn antelope on foot, a practice known as persistence hunting. Scholars believe this method is how ancient man may have stalked game in the era before tools or weaponry—chasing animals until they expired and could be easily overtaken.

“The movie is, in a sense, about the pre-history of modern hunting,” says producer Charles Bethea. “It answers the question: how did humans kill animals for food long before we had guns and bows—tools which were invented in the last 20,000 years? The surprising answer: by using our killer physiological advantages as distance runners. This film is for anyone who loves to hunt and is curious about how our ancestors may have done it.”

Likewise, producer Emma Tammi says, “As the runners got closer and closer to the antelope, they started tapping into something primal. It was incredible to see how the hunt evoked a drive and focus among them that was much stronger than if they were competing in a race. This run was for the kill, and they had to rely on one another in order to stand a chance.”

It’s interesting to see this primitive form of hunting explored, but I can’t deny that I’m thankful humans were smart enough to figure out the bow and arrow and, later, gunpowder. Regardless, though Fair Chase could stand to be 15 minutes shorter, it’s worth watching, especially if you’ve never heard Scott Carrier’s classic radio piece “Running After Antelope.”

Watch the trailer below and follow this link to see the feature film.