A black bear stalked and killed a hiker in New Jersey this past Sunday, just days after another bear-related death... 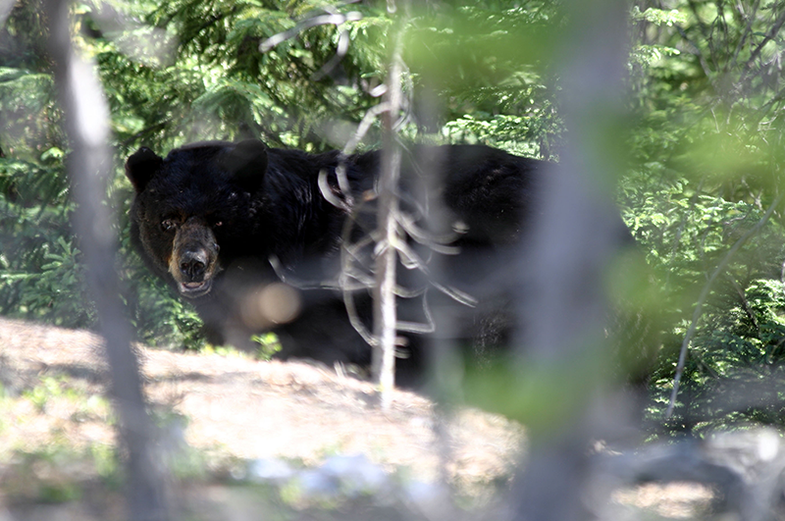 A black bear stalked and killed a hiker in New Jersey this past Sunday, just days after another bear-related death in Wyoming. There hasn’t been a fatality involving a black bear in the Garden State for more than 150 years.

A story from NJ.com says 22-year-old Darsh Patel was hiking with four other men through Apshawa Preserve in Passaic County, when a black bear began following them. The group scattered to get away from the animal, and when they were able to regroup, Patel was missing. The four survivors called the police, and two hours later, the West Milford Search and Rescue unit found Patel’s body 30 yards from a 299-pound black bear.

Officers said that the 4-year-old bear appeared to be guarding the victim’s body—which had visible bite and claw wounds—and was continually circling, despite efforts to scare it away, as if it considered Patel a food source. A police officer euthanized the animal with two shots from a shotgun.

If a necropsy proves that the bear killed Patel, it will be the state’s first fatal black bear attack since 1852. “This is the first fatal attack in recent history. There may have been some attack in the 1900s that’s rumor or legend but nothing recorded,” said Department of Environmental Protection spokesman Larry Ragonese. He added that this bear had never been tagged or documented by the DEP.

Patel’s death comes on the heels of another deadly attack by a bear in Wyoming, where a 31-year-old man on a solo research trek in the Bridger-Teton National Forest was killed. Grizzlies roam that area of the state, but officials haven’t concluded what type of bear was responsible for killing the man, Adam Thomas Stewart of Virgin, Utah, because there’s also a high density of black bears in the area, according to ABC News. Jason Hunter, a regional supervisor with the Wyoming Game and Fish Department, said investigators will likely use DNA samples to help determine the species of bear that killed Stewart.

An elk hunter was also bit by a grizzly in western Wyoming on Sunday, when he and his hunting partner surprised a sow and her two cubs. They fended off the animal with bear spray, the Casper Star Tribune reports. Although the distance between this attack and where Stewart was killed is unclear, officials have no reason to believe the same grizzly was involved in both cases.