Photos via Brian Lindsey/Facebook This month a Mississippi man lost out on a chance to claim a world-record fish when... 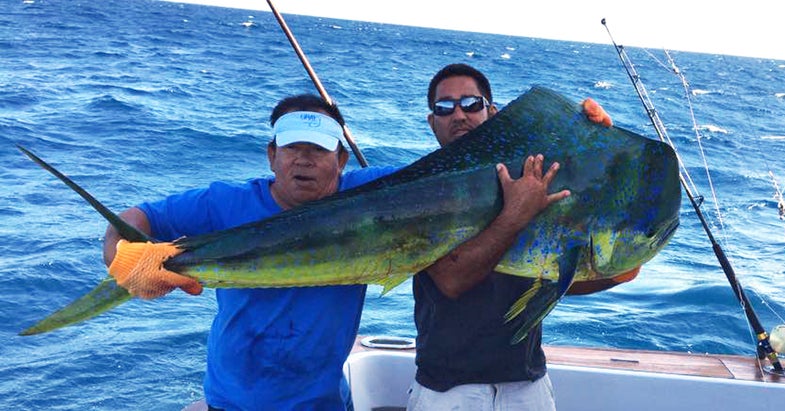 This month a Mississippi man lost out on a chance to claim a world-record fish when he decided to get his catch filleted instead of weighed. As GrindTV reports, Brian Lindsey was on a guided fishing trip near Cabo San Lucas, Mexico, when he landed a monster dolphinfish, or mahi-mahi, after a 20-minute fight. The hand-scale reading weighed the fish at 102 pounds, but neither Lindsey—a novice angler—nor the crew realized the fish’s record-breaking potential; the current all-tackle dolphinfish world record, caught in Costa Rico in 1976, is set at 87 pounds, according to the International Game Fish Association.

When the group returned to shore later that day, the dolphin was taken to the fillet dock, while Lindsey and his buddies went to the guide office. There, guide managers recognized the magnitude of the fish and tried to hurry to prevent it from going under the knife—but it was too late. The mahi-mahi had already been filleted, disqualifying it from world-record consideration, as its weight could not be confirmed per IGFA specifications.

“I’m not sure why the captain didn’t recognize the gravity of the fish’s size,” Lindsey said. “He was a super nice guy and a great fishing captain. It was frustrating, however.”

Lindsey with his catch: