What’s the best way to get rid of invasive feral pigs? Sell the meat to foodies looking for naturally-raised, free-range... 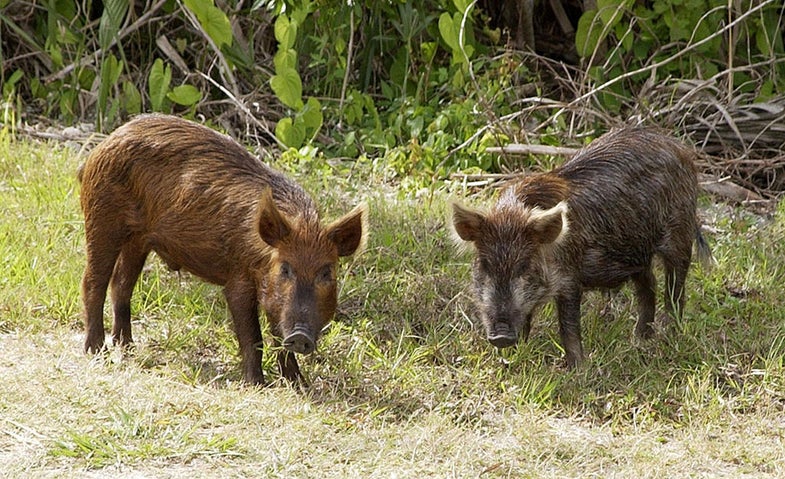 What’s the best way to get rid of invasive feral pigs? Sell the meat to foodies looking for naturally-raised, free-range lean meat. Florida rancher Keith Mann is banking on that approach by purchasing live-trapped feral pigs, having them slaughtered under the watchful eye of USDA inspectors, and selling the meat to local restaurants.

“There has been no effective way to control them,” Mann told the Tampa Bay Times. “Counties, neighborhoods, and golf courses have been shooting them and letting them lie. The solution is, bring them to me.”

Florida has a population of 1 million pigs, which compete with native wildlife and cause problems for people in agricultural and suburban areas alike. Although hogs have been hunted and trapped in Florida for years, the meat can’t be sold commercially without USDA inspection. So, Mann has inspectors on site at his Three Suns Ranch feral pig operation.

He has found reliable buyers, including local restaurants and one distributor that ships the meat to gourmet meat suppliers nationwide. “I love pork, but I try not to eat conventionally raised meat,” said Ed Chiles, one restaurateur who buys pork from Mann. “Feral pigs outcompete other native species. Let’s turn this serious problem into an economic development project.”