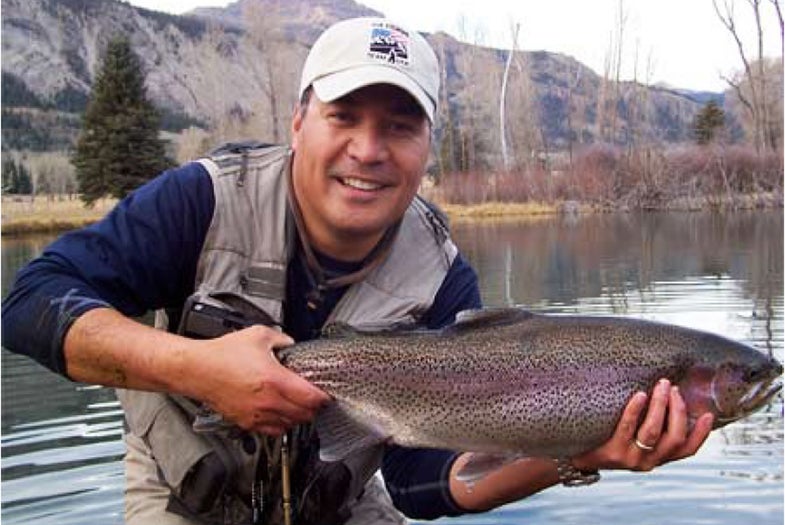 Anthony Naranja—the founder of the Pro Fly Angling Tour (PFA)—is being accused of scamming fly fishermen out of thousands of dollars, by hijacking enrollment fees and refusing to pay competition winners. Denver’s ABC 7 reports that Cody Burgdorff paid $12,000 to Anthony Naranja, a 10-year member of Fly Fishing Team USA and head of the PFA, for a three-year contract to compete against anglers worldwide for cash awards. Burgdorff was successful—he won the organization’s 2014 championship and should have netted more than $25,000 for his efforts. Naranja even gave Burgdorff an oversized novelty check after the 2014 championship event. But Burgdorff said he stopped receiving award payments after only two months, and Naranja has since become virtually unreachable. “He basically disappeared,” Burgdorff told ABC 7. “Wouldn’t answer emails, Facebook posts, calls. He owes me $19,000.”

Burgdorff isn’t alone; 23 other anglers are apparently out money, a lump sum totaling nearly $100,000. Jay Verhelst paid for a PFA membership, but says he didn’t get to fish in a single tournament, and the supposed “camp” where Naranja promised to show new members the tournament ropes never happened.

ABC 7 attempted to contact Naranja, a dentist in Colorado, but emails and phone calls were not returned, and he didn’t answer the door when a reporter visited his residence. Moreover, the location of his supposed dental practice has since been replaced by another business. But, ABC 7 reports, this might not be the first time Naranja has hidden from financial woes. Though he has no criminal record, Naranja filed for bankruptcy in early 2013, just before he started the PFA. Court documents listed his debt at $2.3 million and his assets at $37,195. He lost his house and 2003 Lexus 470 when the bank reposed them. The state of Colorado has $26,898 in tax judgments against Naranja, and the IRS filed a $5,611 tax lien against him, in 2011. However, there is currently no legal action facing the PFA—which has around 20 members.