Photograph via Facebook An 18-year U.S. Marine veteran was trying to enjoy a deer hunting trip with his two children... 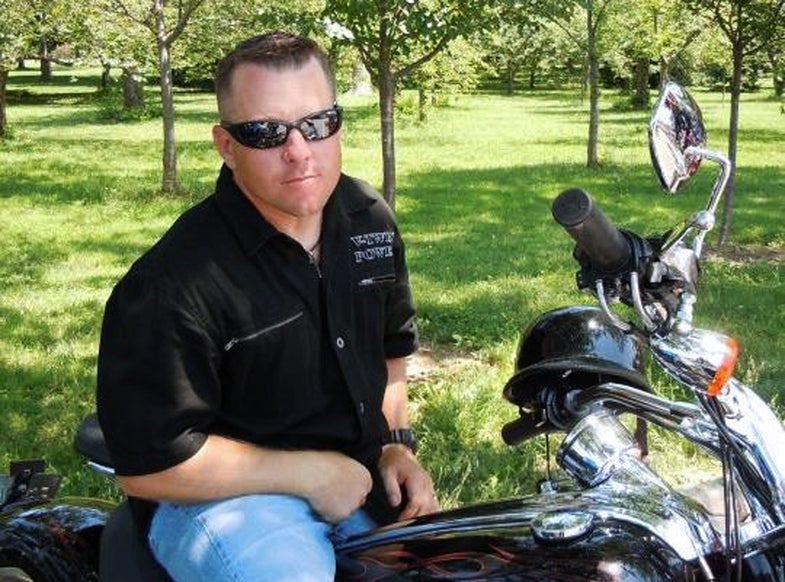 An 18-year U.S. Marine veteran was trying to enjoy a deer hunting trip with his two children after the Thanksgiving holiday when he was instead detained by Mexican authorities. The incident happened after Jeromie Slaughter made a wrong turn en route to a hunting lease, and ended up heading south toward Mexico, where border officials found guns in his vehicle and arrested him.

FOX News Latino reports that Slaughter had planned to drive his 14-year-old son and 9-year-old daughter from their home, near Houston, Texas, to land leased near Rocksprings. The drive should’ve been about six hours long, but in the homestretch, Slaughter made a wrong turn and accidentally headed toward the international border near Del Rio. The problem was Slaughter didn’t realize that he was driving toward Mexico until it was too late, and with nowhere to turn around, reports Click2Houston.

At the border, Mexican immigration agents denied Slaughter’s request to simply turn around, and once they found his hunting gear, they detained him and his children, though they later released the kids to Slaughter’s grandfather. Authorities allowed Slaughter to call his mother, Beverly McKinney, but she says that when she tried to contact Mexican authorities, they simply demanded money—between $1,000 and $25,000. “A shakedown is what it was,” McKinney said.

McKinney told KHOU that Slaughter had three rifles in his truck at the time of the arrest. A lawyer in Del Rio, Texas, was able to secure Slaughter’s release on Monday, but McKinney told KHOU: “[Officials] were treating him like he is a terrorist. He was on a hunting trip, [he is] not a terrorist. He has fought them, he isn’t one. He was not treated well. He wasn’t given anything to eat or drink. They strip-searched him at least twice.”

When the story broke, on the last day of November, Slaughter was still in Del Rio trying to negotiate the return of his truck.