“Grizzly” Could be the Most Ridiculous Bear Movie of All Time

The trailer for “Grizzly,” a new movie that producers dubbed a horror-survival film, hit YouTube last week. While the flick... 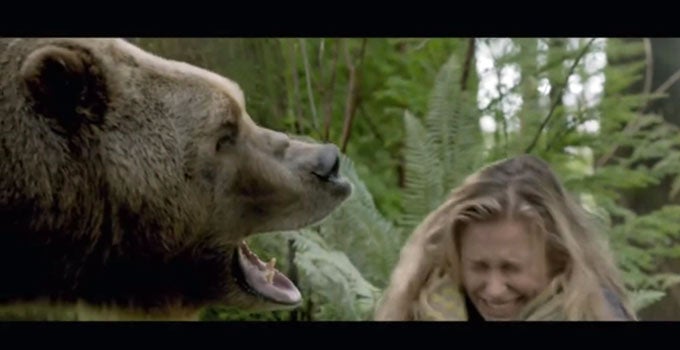 The trailer for “Grizzly,” a new movie that producers dubbed a horror-survival film, hit YouTube last week. While the flick — originally titled “Red Machine” — includes appearances by a host of Hollywood talent like Billy Bob Thornton, Scott Glenn, James Marsden, and Thomas Jane, the trailer is somewhat kitschy — as is the movie description:

“In the action thriller Grizzly, a deputy whose mission is protecting the threatened grizzly bear suddenly finds himself conflicted when a massive rogue grizzly wreaks havoc on a local Alaskan community. Enlisting the help of his estranged brother, he enters the labyrinthian Grizzly Maze to track down his wife who’s gone missing before the bear does. As the body count mounts, and an infamous bear hunter enters the fray determined to take down the bear he’s been waiting for his whole life, no one is safe in the harsh Alaskan wilds.”

My first impression is that the screenwriters married “Jaws” with “Predator” and cast a grizzly as the villain. While there’s still no official release date, don’t be surprised if the studio’s PR machine rebroadcasts classics like “Grizzly” (1976) on late-night TV a week or so before the picture’s official premiere.