Tripping. Hallucinating. Seeing things. Call it what you will, this describes how coyotes are acting in West Marin, California. Drivers... 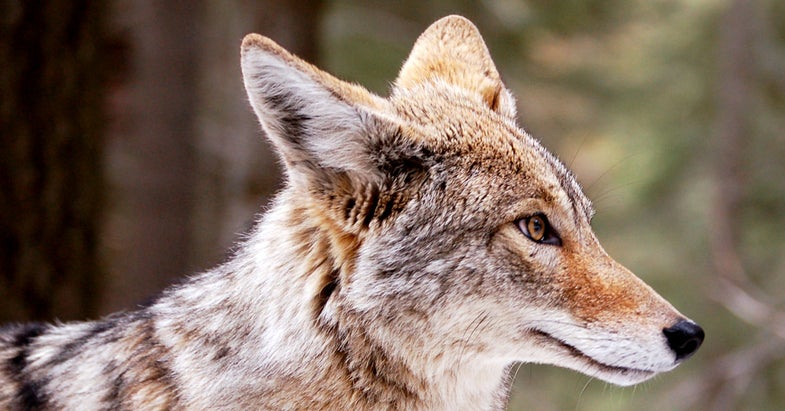 Tripping. Hallucinating. Seeing things. Call it what you will, this describes how coyotes are acting in West Marin, California. Drivers claim that coyotes are staring them down, running up to their cars, trying to attack, and, in some cases, stopping traffic. These bizarre run-ins have happened enough times as to make the Marin Humane Society look further into the issue. Now, Pacific Sun reports, there are three possible reasons for the coyotes’ irrational behavior: mushrooms, rabies, or people.

The first theory is the most intriguing, of course. It’s possible that the canines are eating wild mushrooms, inducing psychedelic-like visions, which encourage them to attack. According to International Business Times, there is evidence that coyotes are eating the fly agaric mushroom, a hallucinogen that grows in the form of a red-buttoned fungus—which dog owners in the area are now being warned to keep their pets away from.

Rabies, though alarming, is the least likely cause for the strange behavior, as the infected dogs would have likely died after a week or so, and the attacks would’ve thus stopped.

The most reasonable explanation is people. Humane society officials think that a few individuals were feeding the coyotes, which has prompted them to repeatedly seek out humans. “This is a real problem for us,” Lisa Bloch, of the humane society, told Pacific Sun. “It’s possible that someone was feeding him and thinking that it’s cool and magical and mystical to have a coyote eating out of his hand.”