Photographs courtesy of Texas Parks and Wildlife Department You never know where a wild hog chase will lead you. Officials... 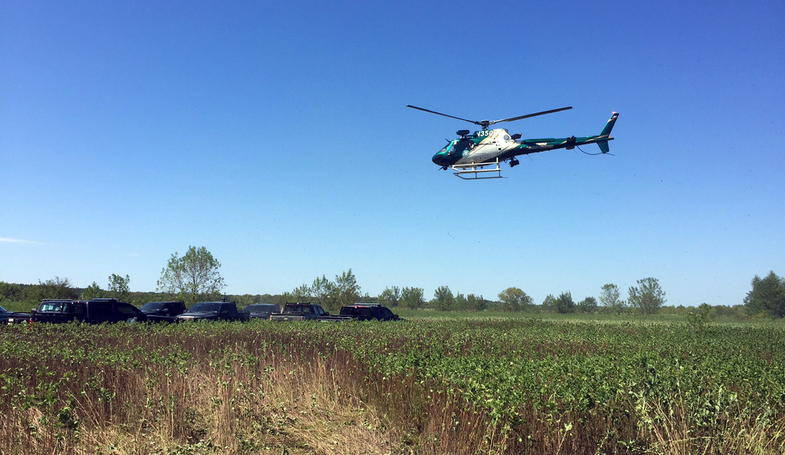 You never know where a wild hog chase will lead you. Officials from Texas Parks and Wildlife report that chasing pigs led hunters onto a 6,500-plant marijuana farm tucked into Cooper Wildlife Management Area’s 14,480 acres of public land, 80 miles north of Dallas.

According to Texas game warden Steven Stapleton, this was a serious operation. “This was not someone playing around and experimenting,” said Stapleton. “The camp was at least a mile from any road in some harsh conditions. They picked this spot on purpose and spent day and night out there.”

Though the operation appeared to be built and run through careful calculation, the pot farmers forgot about one niggling detail: early-season hunting. “They would’ve folded up shop by October 1 ahead of archery deer season opening, but obviously didn’t figure in the opening of teal and feral hog hunting seasons, in mid-September,” said Stapleton.

Outdoorsmen occasionally stumble across drug operations such as this, and officials warn that anyone coming across anything suspicious should leave the area and immediately contact authorities.

Besides the risk of personal harm, sportsmen should be aware of the environmental damage caused by illegal marijuana farming on public land. “The destruction to the habitat and the damage these people did to the environment is probably the worst part,” said Texas game warden Chris Fried. “They cut mature hardwood trees, including a pin oak that was at least five foot in diameter, and cleared parts of a levee that will take many years to recover. The chemicals they sprayed [contaminated the soil] and will have lasting impacts.”

The marijuana crop, which was destroyed, was valued at $6 million.