Photograph via Michael Golliver/Facebook A Christmas-light display of a hunter in a tree in Muskegon Township, Michigan, attracted the wrong... 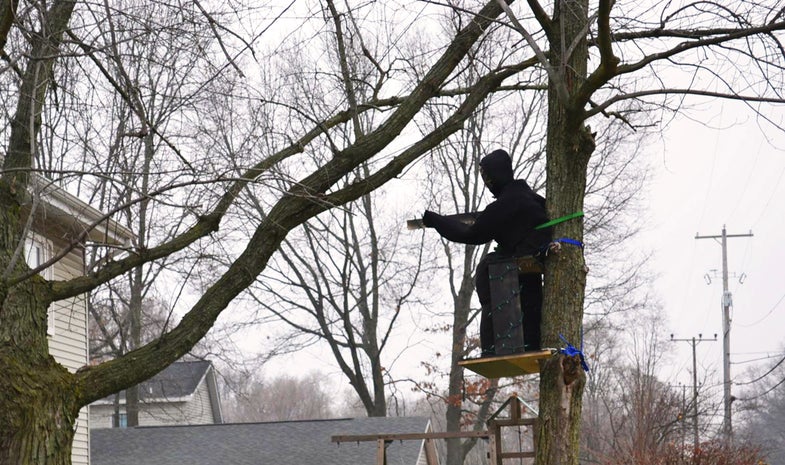 A Christmas-light display of a hunter in a tree in Muskegon Township, Michigan, attracted the wrong kind of attention earlier this month, causing neighbors to call the police and to complain on social media that the decoration was frightening. According to Fox17, the display—made from a repurposed Halloween decorations—was a tribute to resident Brittany Cousins’s father, who died suddenly last year.

Cousins told Fox17, “Hunting was always something we always did together, and this was something we kind of joked about, putting a hunter up as a Christmas decoration.” Hunting-themed Christmas displays, although rare, do exist, like this one put up by Matt Stuller in Pataskala, Ohio.

In a post on Facebook, Golliver encouraged members of the community to call the police. When officers came to look at the Cousins family’s display, they decided it had been put up for a legitimate reason, and that there was no legal reason to require its removal.