Photo via Indiana DNR Law District 10/Facebook Indiana authorities have had their hands full after a wild black bear decided... 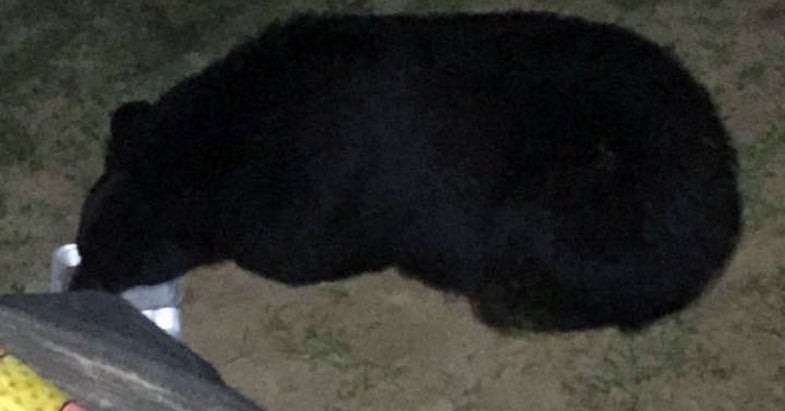 Indiana authorities have had their hands full after a wild black bear decided to move from southwestern Michigan to Indiana in early June, according to The Indianapolis Star. The two-year-old male bruin is Indiana’s first confirmed wild black bear since 1871. Though residents may have thought it was cute at first, they are now concerned after it damaged personal property, such as garbage cans and bird feeders; climbed onto patios and porches; and pounded on the doors of homes in the Michigan City area.

Officials from the Indiana Department of Natural Resources (DNR) believe that the 200-pound bear is becoming too comfortable around residents and say that it has become increasingly aggressive. DNR biologist Budd Veverka told a Fox News affliate that if the bear is comfortable enough to approach houses, there’s a potential for him to break into homes and create a dangerous situation for anyone inside.

The DNR has a few ideas up its sleeves to remove the bear. The current plan is to nab it with a barrel trap, which have doors that close once an animal grabs the bait inside, and officials have set several where the most-recent sightings occurred. Other options include using lights, firecrackers, or rubber bullets to drive the bear back across the state line into Michigan. According to Veverka, tranquilizer darts will only be used if the other methods fail. After the bear is returned, Michigan Department of Natural Resources staff will release it into one of the state’s northern counties.