Is the Loch Ness Monster Just a Giant Catfish?

Photo courtesy of Wikimedia Creative Commons With sightings dating back to 565 AD, Scotland’s fabled Loch Ness Monster has for... 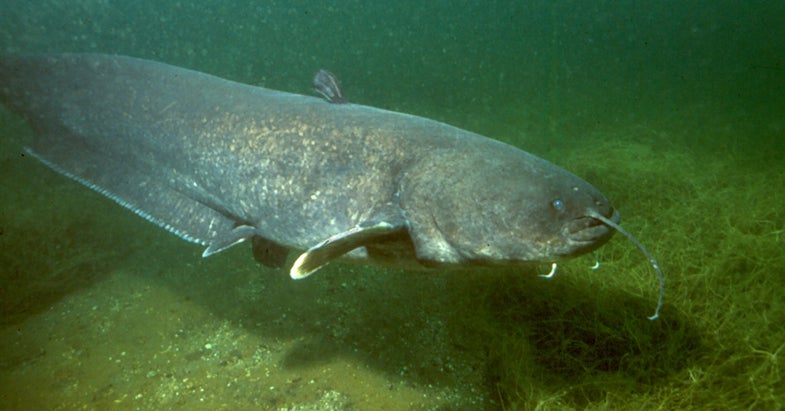 With sightings dating back to 565 AD, Scotland’s fabled Loch Ness Monster has for generations intrigued tourists, scientists, surveyors, and practical jokers, many of whom have tried to prove, or disprove, its existence. More recently, researcher Steve Feltham claims that he’s solved the mystery of the legendary creature, believing that the only monsters that inhabit the loch are monstrous-sized catfish.

According to this story from CNN, Feltham has used sonar and other technology to scan the deep, dark loch for 24 years. In all that time, he has detected some extremely large animals, some as big as a car, which he now speculates are Wels catfish, a freshwater fish native to Europe that can grow to more than 600 pounds and stretch longer than 9 feet.

“We get sonar contacts with things that are far bigger than any fish that should live in this body of water,” Feltham said. “We only get one or two decent sightings a year.”

Feltham says that the legend of the loch has intrigued him since childhood, and in 1991, he sold his home, quit his job, left his girlfriend, and began searching for Nessie full-time. He now lives in a makeshift camper on the loch’s shore and sells Loch Ness Monster figurines to tourists to supplement his income. His new theory about the mythic monster is already meeting skepticism, though. Jason Schratwieser, conservation director for the International Game Fish Association (IGFA), is not a Nessie believer, but said that the largest Wels catfish checked in at 297 pounds, and the fish’s profile doesn’t resemble a long-necked, dinosaur-like creature. Thus, Schratwieser thinks there’s another explanation.

“If (Wels catfish) were introduced to the lake and had a viable population, I would expect people would catch them, you know?” Schratwieser said. “But, for a confined body of water like that, I would be surprised if there was anything monster-ish in there.”