According to the Springfield News-Leader, on April 24, Chris Ware was turkey hunting south of St. Louis when he came... 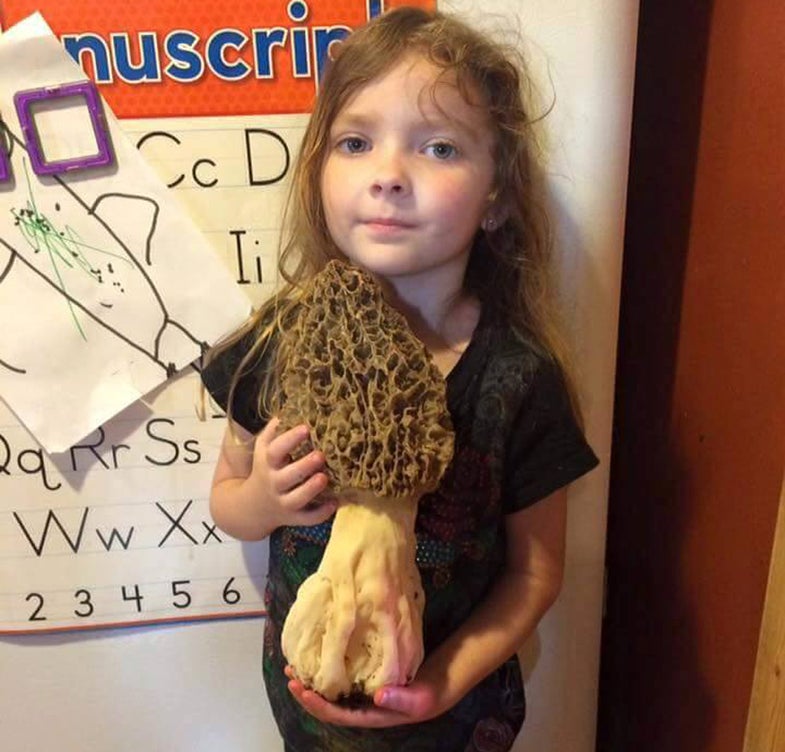 According to the Springfield News-Leader, on April 24, Chris Ware was turkey hunting south of St. Louis when he came upon a jumbo morel. Quickly realizing that he had stumbled upon a trove of the highly sought-after mushroom, he abandoned his hunt to instead forage for more, collecting nine in all.

The first morel Ware came across proved to be the largest, measuring 12 inches tall, 4.5 inches in diameter, and 13 inches around, according to the Missouri Department of Conservation and Missouri Morel Hunting. “I called my father-in-law because he always talks about how back in the day they would find giant morels everywhere,” Ware told the News-Leader. “He said he’s never seen anything like that.”

Missouri Morel Hunting’s Facebook page notes that the MDC does not maintain morel records, but the specimen is without a doubt a major find.